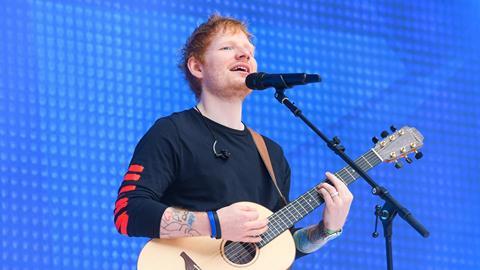 Ed Sheeran and his co-writers have been awarded an interim payment of more than £900,000 after winning a high-profile copyright case over his number one single Shape of You.

The singer-songwriter’s 2017 hit was said to have copied part of a 2015 song called Oh Why by Sami Chokri and Ross O’Donoghue, but the High Court ruled in April that Sheeran and his co-writers ‘neither deliberately nor subconsciously’ used a phrase from the song.

Sheeran and his fellow claimants were today awarded an interim payment on account of costs of £916,200 by Mr Justice Zacaroli, who rejected the defendants’ argument that there should be no order as to costs.

Chokri and O’Donoghue said that they should not pay costs because the claimants failed to engage in pre-action correspondence and did not disclose documents about how Shape of You was written.

They also alleged the claimants had ‘demonstrated “awkwardness and opacity” so as to strengthen the defendants’ conviction that infringement had occurred’ and failed to provide sufficient information before filing the claim in order to try and resolve the dispute.

But Zacaroli said the defendants ‘acted precipitously’ by telling the Performing Rights Society (PRS) that they said they should be credited as songwriters, ‘causing the PRS to suspend all payments to the claimants’ in respect of the public performance or broadcast of the song.

‘The commencement of proceedings was a reasonable reaction in circumstances where … it was fair to see the defendants’ conduct as a tactic to extract a settlement,’ the judge added.

Zacaroli also found there was no obligation on the claimants to provide an explanation of how Shape of You was written, saying: ‘The defendants themselves, who were positively asserting infringement, had given no disclosure at all in support of their assertion (which was a critical element of their claim) that the claimants had had access to Oh Why.’

The defendants relied on an interview Sheeran gave to the BBC where he said that – after an issue with a previous song – he films his recording sessions in case a claim for copyright infringement is made, arguing that he could and should have produced such footage.

‘This, however, is to turn reality on its head,’ Zacaroli said. ‘The fact that songwriters have been led, as a purely defensive measure to ward off copyright infringement claims, to film their song writing process cannot be translated into an obligation to do so, owed to those who may bring such claims.’