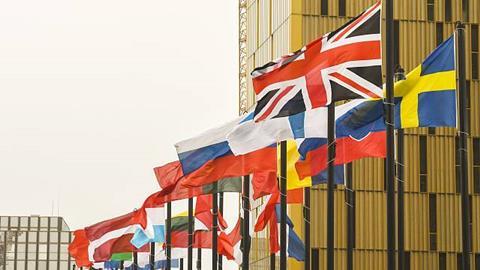 A European court has raised doubts over the future of so-called pre-pack administrations, the controversial insolvency vehicle used in many distressed law firm sales.

In a landmark judgment, the Court of Justice of the European Union today ruled that employee rights may transfer when assets are offloaded in the course of a pre-pack deal, potentially rendering pre-packs much less attractive.

A so-called pre-pack enables the sale of a distressed business and any assets to be negotiated before the appointment of administrators and for the sale to complete immediately upon the appointment. This allows for the sale of a business as a ‘going concern’ without impacting on the continuity of business operations. One of the main attractions for acquirers is the benefit of being able to choose which employees, if any, to take on.

In the legal sector, regulatory demands are such that it is impossible to run a law firm in administration for anything but the shortest of periods, making a pre-pack or liquidation the only options for a firm in trouble. Pre-packs have been deployed in a string of high-profile law firm insolvencies, including Cobbetts, Linder Myers and the European arm of KWM Mallesons. But they can be controversial, because creditors are left out of the loop until the sale has taken place.

Today’s ruling follows an opinion referred to the court in March from advocate general Mengozzi regarding the 2014 pre-packed bankruptcy of Estro, once the largest childcare provider in the Netherlands. All 3,600 Estro staff were dismissed by the administrator, of whom 2,600 were re-employed by the relaunched company. Dutch trade unions argued that the relaunch should be qualified as a transfer of undertaking, enabling employees to maintain their rights and obligations towards their ‘new’ employer.

Mengozzi argued that a pre-pack does not fall under the exception to the EU Directive on transfer of undertakings, so that all rights and obligations of employees of the bankrupt transferor of an undertaking are automatically transferred to the transferee in case of a sale through a pre-pack.

One lawyer at Benelux firm Stibbe said at the time of the opinion in March: ’If the EU Court of Justice follows this opinion, this would probably mean the end of pre-packs as we currently know them.’

In Federatie Nederlandse Vakvereniging and Others v Smallsteps BV, the CJEU found that a declaration of insolvency in the context of a ‘pre-pack’ may not satisfy all the conditions required by EU law. Such a procedure (contrary to the directive) is ’not ultimately aimed at liquidating the undertaking and so the economic and social objectives it pursues are no explanation of, or justification for, its employees losing the rights conferred on them by the directive when all or part of the undertaking concerned is transferred,’ it said.

’There can be no derogation from the protection scheme provided for under the directive,’ the judgment adds.