Experts too often ‘descend into the arena’, says master of the rolls

Expert witnesses too often ‘descend into the arena and argue the facts of the case rather than sticking carefully’ to their area of expertise, the master of the rolls said today. Sir Geoffrey Vos also said that ‘expert opinions in court proceedings have, in general terms, become too lengthy, too costly and too elaborate’.

‘One only needs to think for a moment about the vast amount of time and money that is wasted in preparing lengthy witness statements, large tranches of which do not really address any issue that is actually in contention between the parties, to realise that there must be a better way,’ he said.

Speaking at the annual Bond Solon Expert Witness Conference, Vos said that he thought cross-examination of expert witnesses is ‘often pointless, often quite unhelpful to the court and unfortunately our practice requires that we sit and listen to it’. Cross-examination ‘needs to be far more focused’ in cases where it is necessary, Vos added. 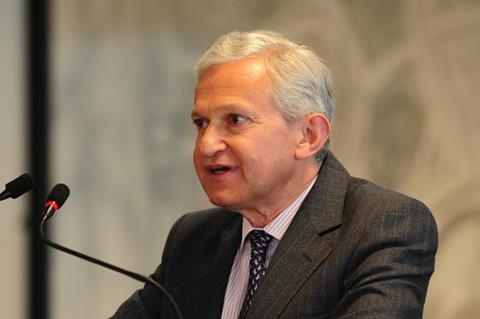 Vos: Proceedings 'have, in general terms, become too lengthy, too costly and too elaborate'

Experts can also sometimes be cross-examined in ‘a bullying and harassing manner’, Vos said, which judges and lawyers need to keep a ‘very close eye on’.

But he said that the sort of ‘ahah!’ cross-examination of experts by pointing out small inconsistencies in their reports ‘is likely to become something of the past’.

Vos said he thought the development of ‘smart, online courts’ would mean experts gave oral evidence ‘in rare cases’, which would ‘allow lawyers and experts more time and concentrate on the difficult cases where their sophisticated knowledge and expertise is truly needed’.

'The number of disputes and the kinds of disputes for which expert evidence will be need is changing and the radical rethink … about the way we do civil justice will have a significant effect on the foundations of the expert evidence of the past,' Vos said.

The development of blockchain technology, crypto assets and smart contracts would also greatly reduce the need for expert evidence in commercial and financial disputes, Vos said.

‘The evidence of [financial] transactions will change because they will all be recorded on the blockchain, making further proof of them unnecessary and argument about what occurred, when and in what order impossible,’ he said. ‘Once ordinary people are buying their coffee with a crypto asset, evidence of anything and everything be immutably recorded on the chain. Disputed transactions will become a thing of the past, except where there are unrecorded conversations between the parties.’