A doctor jailed for invoicing false personal injury medical costs has now been told he must pay back the money he made. 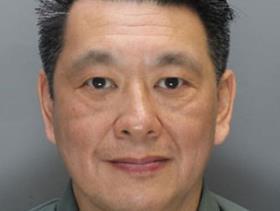 Dr Benjamin Chang was ordered last week to hand over around £183,000 within three months or face another two years in prison.

The 57-year-old Londoner was jailed in January for two years after submitting false medical claims for people who had instructed solicitors following car accidents.

Chang, a registered but not a practising GP, would make medical assessments through his Milton Keynes-based agency Hertford Healthcare and invoice solicitors for the work. He would subsequently send another invoice from a company called Proteus Healthcare which he claimed had provided the patients with 8-10 physiotherapy sessions.

Investigations found Proteus Healthcare did not exist and was registered to an address where the occupant had no knowledge of it. The physiotherapist who was supposed to have provided treatment did not exist either.

After his conviction, City of London Police and CPS began confiscation proceedings and the case was heard at the Old Bailey on 15 December, with the confiscation order made under the Proceeds of Crime Act.

Detective Sergeant Matthew Hussey, from the City of London Police insurance fraud enforcement department, said it was important that Chang did not benefit from his actions and that the money is returned to the victims of his crimes.

DS Hussey added: ‘Chang abused his position for a number of years and the extensive investigation into his criminal behaviour and the sentence that followed shows that justice has been served. We hope this serves as a warning to anyone involved in this type of criminal activity that crime does not pay.’