A London law firm’s £3m claim against a former client has been reduced to just £21,000 after the High Court ruled that the vast majority of the case has no real prospect of success.

Litigation firm Candey was also found to have ‘unjustifiably broken court rules’ and infringed its former client’s rights of privilege by refusing to return bank statements after its retainer was terminated.

However, the High Court held that a retainer between a solicitor and client is not subject to a duty of good faith.

Clare Ambrose, sitting as a High Court judge, said Candey had ‘failed to provide a good excuse’ for its decision to inspect and retain the bank statements, adding: ‘There was no lawful basis for it retaining and reviewing such documents and they should have been returned immediately.’

Candey sued Basem Bosheh for alleged fraudulent misrepresentation, deceit and breach of a retainer made on a contingency fee basis after representing him and his son in a fraud claim, which was settled shortly before trial. 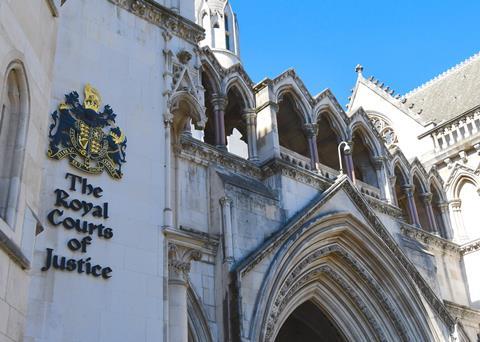 Retainer between a solicitor and client is 'not subject to a duty of good faith', High Court rules

The firm also claimed solicitor Amjad Salfiti induced Bosheh’s breach of the retainer, and that Salfiti and the Boshehs conspired to agree a settlement that deprived it of fees.

Candey argued the retainer was subject to a number of implied terms, including that the Boshehs ‘would act or their instructions would be motivated by their best interests alone … and/or that they would at all times act in good faith’. The court ruled that ‘a retainer between a solicitor and client is not subject to a duty of good faith and this is not necessary for the relationship to work’.

Ambrose ruled that the implied term contended for by Candey was ‘unworkable as being too uncertain to be implied as a matter of business efficacy or obvious intention’ and said the firm has ‘no real prospect of successfully establishing the implied terms’.

The judge found Candey has a ‘good arguable case’ that there had been a breach of an express term in the retainer that the Boshehs would ‘always seek to recover costs by order or agreement’, but not for an amount exceeding £21,000.

Candey’s claims against Bosheh for alleged deceit and fraudulent misrepresentation and its case against Salfiti for alleged conspiracy and inducing breach of contract were also found to have no real prospect of success.