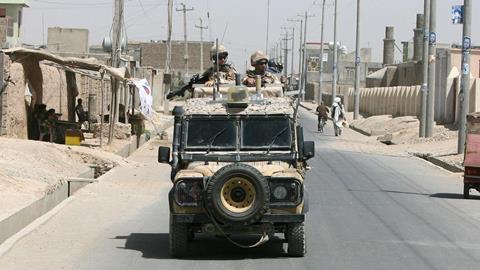 A solicitor who acts for service personnel and their families says the government continues to ‘ride roughshod’ over the armed forces - despite apologising to the mother of a soldier who died.

Sue Smith, whose son Pte Phillip Hewett was killed by a roadside bomb in Iraq in 2005, told the BBC she has now received an apology from defence secretary Sir Michael Fallon.

The apology follows a long legal battle in which Smith and other grieving families were forced to argue in the Supreme Court for their right to pursue damages.

Hilary Meredith, chief executive of Hilary Meredith Solicitors and Visiting Professor of Law and Veterans’ Affairs at the University of Chester, said while the apology will bring comfort to Hewett's relatives, the government works behind the scenes to prevent cases of this kind from coming to court.

Plans unveiled last December could remove the choice of taking claims to court following an injury or fatality in combat, instead directing families to an compensation scheme backed by the Ministry of Defence.

'Under current proposals, combat immunity - which provides an exemption from legal liability for the Ministry of Defence - would apply to all claims brought by those in combat, even procurement decisions made back at Whitehall, where equipment provided to our troops subsequently turns out to be faulty or unsuitable,' said Meredith.

With the courts ruling against the MoD, Meredith said the government is now attempting to bypass them altogether.

Defence minister Tobias Ellwood has said that the doctrine of combat immunity is complex and unclear, following some ‘exceptionally protracted’ claims against the MoD. In July he told parliament: 'The strong view of the government is that decisions about such challenging and sensitive matters should be taken by military commanders with the appropriate expertise, and not – with all respect – by the courts.'