A former solicitor who abused a boy in the late 1980s has been jailed for four years. Stuart Eager, who is no longer on the roll, was convicted last week of three counts of indecent assault at Portsmouth Crown Court.

The 70-year-old from Swindon, who was also a chorister, had denied the allegations. 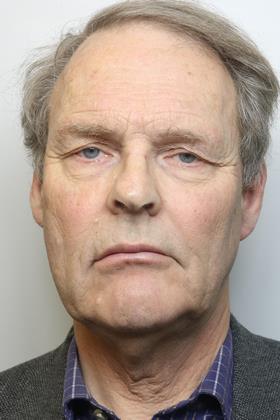 The court heard Eager assaulted the boy, who was aged 11 or 12 at the time, on three occasions in 1988 at a farm in Hampshire. Eager allowed the victim to sit on his lap and steer his car.

Detective sergeant Julia Nicol, who led the investigation for Hampshire Police, said the manipulation and abuse perpetrated by Eager has had a significant impact on the victim’s life.

‘He was only 11 or 12 at the time of these offences, which makes them all the more shocking and depraved,’ she said. ‘The boy, now a grown man, harboured this secret for decades, during which he struggled to cope with life and school, his identity, and suffered terribly with his mental health. His childhood was stolen from him, and his adult life was spent trying to come to terms with the trauma.’