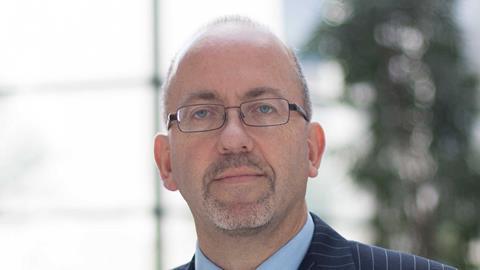 'Fun, calm and a model professional': Tributes pour in for regulator Rousell

Lawyers and insurers from all sides of the personal injury sector have paid tribute to a respected civil servant and regulator, who died last week.

Kevin Rousell, 54, was head of claims management regulation at the Ministry of Justice for almost 12 years. He received the OBE just weeks ago in the New Year honours list.

Rousell, a regular speaker at legal conferences, was liked and respected by professionals across the personal injury market. He was diagnosed with a brain tumour last summer.

A spokesperson for the Association of Personal Injury Lawyers said: ‘We had a good working relationship with Kevin for many years and were very sad to hear that he was so ill and now that he has passed away.  My memories of Kevin are of a calm, personable, approachable man who was always the professional civil servant - he never gave much away.’

James Dalton, director of general insurance policy at the Association of British Insurers, said: ‘Kevin was a dedicated professional who listened, challenged and carefully considered the views of all those he worked with. The fact that he was fun and engaging in doing so made him an absolute pleasure to work with and my ABI colleagues and I will miss our lively and good-humoured debates with him.’

Andrew Twambley, a personal injury lawyer who had known Rousell for 18 years, said the pair would always try to meet whenever Twambley was in London.  ‘He was one of the fairest and nicest blokes I have ever met, always having time for a chat about legal matters and always adopting the greatest of discretion,’ said Twambley. ‘Although we met for coffee on many occasions, he never once allowed me to pay, always believing impartiality was the only way to conduct business.

‘Although we often commenced a discussion with business, the core of every chat came down to music and whether his beloved heavy metal bands had more value than my punk rock favourites.’

Ministry of Justice permanent secretary Richard Heaton said: 'I was deeply saddened to hear of Kevin’s death. His longstanding public service and his skilful regulation of claims management were greatly admired within the department and beyond.

'He will be greatly missed by all those fortunate enough to have known him. His achievements will remain, as a marker of his contribution to public service and the justice system. On behalf of the department, I offer my sincere condolences to Kevin’s family and friends.’