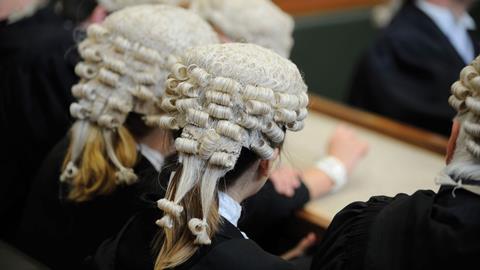 The income gap between male and female barristers has widened over the past 20 years, new figures reveal, with men pocketing on average almost £35,000 more than their female colleagues in 2020.

However the percentage gap between male and female fee income has stayed largely the same, with women earning roughly 40% less than men over the past two decades.

Family work relating to children is one of the few areas where women have higher earnings: 4% on average more than their male colleagues.

'These figures demonstrate that, although we are making progress in representation of women at the bar, we have a long way to go to achieve equality,’ the Bar Council said. ‘It’s worrying that the gap between men and women is getting wider. Women have accounted for half of all new pupils for more than 20 years, so we have to ask difficult questions about why so many women leave the bar and why men continue to out-earn women.’

According to Bar Council figures, the number of female barristers across all practice areas has grown in the past 20 years, from 8,382 to 12,504. Many practice areas have seen an increase in the proportion of women. However, while women now make up a third of the bar, they account for just 23% of fee income.

The data in the report has been adjusted for inflation. The figures do not reflect the seniority or working patterns of barristers, so do not show that women and men in comparable situations are necessarily being paid differently.