The Supreme Court has ruled that Uber drivers are workers and are thus entitled to holiday pay and the national minimum wage, in a ruling with ‘huge implications’ for the gig economy.

In a judgment handed down this morning, six justices unanimously dismissed Uber’s appeal against a 2018 Court of Appeal ruling. The company argued that drivers are independent contractors who work under contracts made with customers.

In Uber BV and others v Aslam and others, the Supreme Court disagreed, finding there was no factual basis for asserting that Uber London acted merely as an agent for drivers. Instead, it found that Uber London contracts with passengers and engages drivers to carry out bookings for it.

It added that the service performed by drivers and offered to passengers through the Uber app is very tightly defined and controlled by Uber.

‘On the facts found in the present case… I think it clear that the employment tribunal was entitled to find that the claimant drivers were “workers” who worked for Uber London under “worker’s contracts” within the meaning of the statutory definition. Indeed, that was, in my opinion, the only conclusion which the tribunal could reasonably have reached,’ Lord Leggatt wrote in judgment. 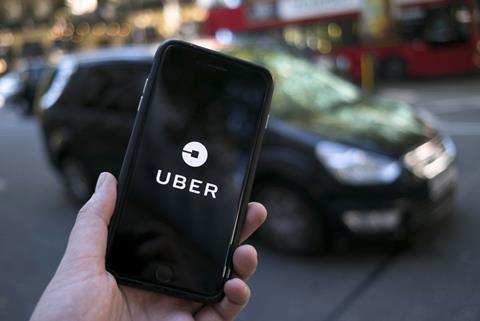 Unanimous ruling could have ‘huge implications’ for gig economy

Trade union GMB said it will now consult with Uber driver members over a forthcoming compensation claim at the Employment Appeal Tribunal.

Katie Maguire, an employment partner at national law firm Devonshires, said: ‘This landmark ruling has huge implications for those who work for Uber, but also the gig economy generally. It will help improve the lives of around five million people who work within the UK gig economy by granting them workers’ rights.

‘The ruling will come as a blow to Uber and other companies using gig economy workers and they will now need to alter their business models. This may well result in increase in costs that they face as a result of this judgment being passed on to the consumer.’

At the time of the original employment tribunal hearing in 2016, the number of Uber drivers operating in the UK was around 40,000, of whom around 30,000 were operating in the London area. Commentators have estimated that the ruling could cost Uber over £100m.

Uber was represented by DLA Piper and the respondents by Leigh Day and Bates Wells & Braithwaite.