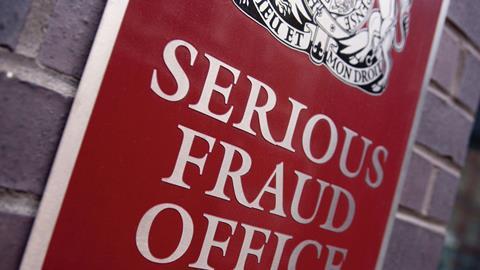 Government called on to extend ‘failure to prevent’

The ‘failure to prevent’ statute should extend to all areas of economic crime, the president of the Queen’s Bench Division and the director of the Serious Fraud Office (SFO) said last week.

Sir Brian Leveson and Lisa Osofsky told a House of Lords committee on the 2010 Bribery Act that an all-encompassing ‘failure to prevent’ act would be in the public interest.

Osofsky, in her second month as SFO director, said the 2010 act does ‘something wonderful for us’ but that ‘we wish it was mirrored elsewhere, other than just in the facilitation of tax offences’.

The Bribery Act holds commercial organisations liable for failing to prevent persons associated with them from committing bribery. In 2017, the Criminal Finances Act created a similar corporate offence for failure to prevent criminal facilitation of tax evasion.

Leveson said that the ability for a prosecutor to say someone has not taken sufficient steps to prevent something is crucial. ‘If the committee is looking at a wider position, extending this to other offences of fraud would be something I think would be in the public interest,’ he said.

Osofsky said the SFO had been ‘trying to get corporates in dock’ but with mixed success. ‘It’s difficult for us. An extension of the rules of corporate criminal liability might find us not as hamstrung,’ she said.

Under the 2010 act, corporate liability occurs when the offence is committed by a natural person who is the ‘directing or controlling mind or will of the organisation’ – known as the identification principle.

The committee previously heard that the ability to identify the ‘controlling mind’ varied depending on the size of the corporation. This prompted the committee to ask whether adopting US-style vicarious liability – in which a company as a whole could be held responsible for an employee’s actions – should be adopted.

Osofsky said corporates act only through humans and that vicarious liability would help cure some of the problems it faces trying to prosecute corporates.

‘If I couldn’t get vicarious liability I would be happy having a failure-to-prevent offence that I could use across the whole arena of economic crime,’ she said.

‘This is a new tool,’ he said. ‘We have to test the courts and get used to it. Some of the people we are interested in have very deep pockets and will challenge it at every stage.’ More such orders are on the way, he added. ‘We will send the message that if we can’t get you, we’ll get your assets.’