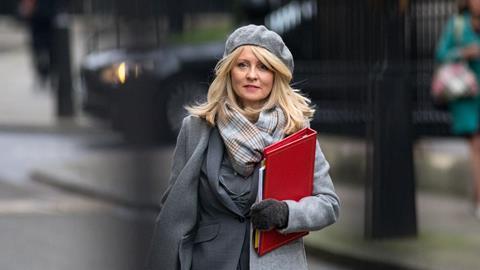 Industry insiders hoping for government action on cold calling were left disappointed yesterday with ministers giving a lukewarm reception to efforts to institute a ban.

The House of Commons heard a second reading of the Financial Guidance and Claims Bill which – after an amendment added in the House of Lords – includes powers to implement a ban on claims management companies making unsolicited contact with the public.

Work and pensions secretary Esther McVey initially failed to mention the clause in her summary of Lords amendments. When asked what action was planned to enact a ban, she stressed that the government remains committed to banning pension cold calling and acknowledged the overwhelming support in the Lords for a wider ban. But, given the opportunity to commit to the Lords amendment, she said laws were already in place to protect people from unwanted cold calls and the Department for Digital, Culture, Media and Sport is looking at how to strengthen them.

In a speech which appeared to contradict itself, McVey then said the government does intend to extend powers to prohibit cold calling to apply to all claims management companies, but the ‘finer points’ will be worked out by the Financial Conduct Authority.

‘The government have been clear that we will not stand for unlawful, persistent cold calling made by companies in the claims management sector,’ added the minister. ‘The Department for Digital, Culture, Media and Sport is currently working through the details of an amendment to prohibit CMCs from making live, unsolicited calls unless the receiver has given prior consent. That step, combined with the government’s previous actions in this area, should act as a warning to those acting unlawfully that we will not rest until the problem has truly been eradicated.’

Andy Slaughter, former shadow justice minister, said there was ‘puzzlement on both sides of the house that the government are pulling their punches’ on cold calling. He asked why ministers would not undertake to ban spam texts and cold calls.

McVey said that was being brought forward, and that CMCs were being sent a ‘clear message’ through the government transferring power for regulation to the Financial Conduct Authority.