The insurance industry showed its first sign today of anxiety about the prospect of whiplash reforms this year, as a leading player called for progress with just three months remaining until implementation.

The portal for RTA claims is set to go live from 6 April, but the rules for the required pre-action protocol have yet to be published. Despite government assurances there are concerns that the starting date might be missed, as it was in 2020.

Zurich Insurance today called on the Ministry of Justice to publish the rules and procedures for the new portal as soon as possible to enable the industry to prepare systems and policies. With the government's admission last March that ‘no practicable solution’ could be found for the much-heralded alternative dispute resolution process, the insurer also wants to know what the plans are for sorting disputes of liability and quantum. 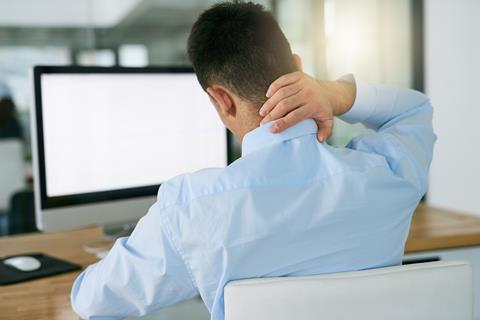 Calum McPhail, head of liability claims at Zurich, said: ‘It is absolutely critical that when the new process is introduced, it must work fast and seamlessly for unrepresented claimants. If it doesn’t, there is a danger of driving these people into the hands of claims management companies who will take a cut of the pay-out.’

Zurich pointed out that any delay in implementing the reforms, which are based on the Civil Liability Act passed on 2019, would add to the growing backlog of civil claims in the system.

Analysis of civil justice statistics by the insurer shows that UK claimants from RTAs are waiting on average 62 weeks to have their case heard in court, if the claim has dropped out of the existing portal. Between April and June, only a quarter of the normal volume of trials took place, creating a long waiting list.

Matthew Maxwell Scott, director of the claimant-focused Association of Consumer Support Organisations, agreed the current delays were a huge source of frustration but warned against rushing through the portal.

'The likely chaos could add to the courts backlog and create an entirely avoidable civil-justice headache,' he added.