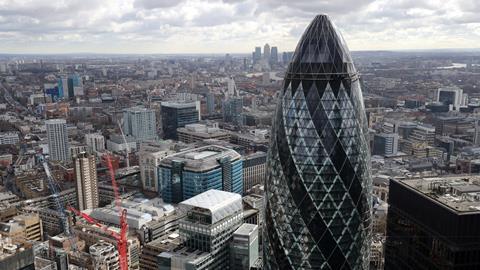 Insurers stand to gain up to £320m a year as a result of next month’s change in the personal injury discount rate, it has been revealed.

The government’s impact assessment, published yesterday alongside the change to a -0.25% rate, also states that the NHS will save almost £80m a year from paying less in compensation than under the current -0.75% rate.

The new rate, applying to personal injury claims after 5 August, has been largely welcomed by the claimant legal sector, but attacked by insurers and defendant solicitors.

But the government has made clear that insurers are seen as net beneficiaries, and this is expected to be reflected in reduced insurance premiums.

‘Defendants, including public sector bodies (such as NHS Resolution) and insurers, will benefit from lower costs because of the reduction in the value of lump-sum awards,’ states the impact assessment.

‘There should be benefits to wider society in terms of lower insurance premiums if insurance companies respond by reducing premiums. There is a statutory duty on insurers to report on the amount of savings generated by the reform of the Civil Liability Act 2018, including the changes made to the [discount rate] methodology.’

The legislation provides for the lord chancellor to set the discount rate with reference to the return that a claimant would reasonably expect to achieve if they invested in a ‘low-risk’ diversified portfolio. Analysis by the Government Actuary suggests that retaining the -0.75% rate would result in ‘significant over-compensation’ of claimants, and that if the lord chancellor set the rate on the same legal basis today, it is likely that it would be -1.5% or even lower.

Analysis behind the new rate includes increasing the assumed length of a lump award from 30 to 43 years, and increasing the deduction for tax and management expenses.

Insurers have suggested consumers should expect to see rising premiums after they failed to secure a higher discount rate.   David Nichols, chief claims officer for insurance firm Zurich, said he was ‘greatly disappointed’ by the announcement.

‘It’s essential that claimants get the compensation they are entitled to following an injury,’ he said. ‘However, the government’s failure to change the discount rate to a balanced level will only serve to increase the cost, and, therefore, affordability of certain types of insurance.’

James Dalton, director of general policy for the Association of British Insurers, tweeted: In much of the commentary on today’s #DiscountRate decision, reference is often made to insurers making savings relative to the current minus 0.75% rate.

‘This completely disregards the Govt’s previously stated intention to set a rate in the 0-1% range.’

Charles Ashmore, head of catastrophic injury claims at national firm DWF, said the future rate will be ‘considered to be at the very lowest end of expectations and at a level which many believe will still result in overcompensation to claimants.’