Justice secretary Liz Truss is rethinking plans for a major overhaul of the personal injury sector, the Gazette has learned. 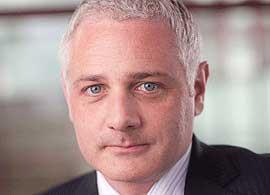 In an email seen by the Gazette, James Dalton (left), director of general insurance policy at the Association of British Insurers ABI), stated that the secretary of state had decided not to proceed with reforms 'at the moment'.

It is understood that justice minister Sir Oliver Heald has pulled out of speaking next week’s ABI conference at short notice prompting concerns the Ministry of Justice was backing away from reforms proposed last year by George Osborne.

The MoJ has insisted it is still committed to reducing the number and cost of whiplash claims, and is still preparing potential legislation.

A Ministry of Justice spokesperson said: ‘The number and cost of whiplash claims remains too high, increasing premiums for ordinary motorists.

‘We remain committed to tackling this issue, and will set out our plans in due course.’

It is understood fresh proposals - which could be introduced before the end of the year - are being worked on by the MoJ, with a source telling the Gazette that any suggestion reform is being scrapped 'simply not true'.

The ABI today launched a fresh media campaign to persuade other Cabinet members – notably the prime minister and chancellor – that changes to whiplash compensation are urgently needed.

In yesterday's email, Dalton stressed that the decision not to proceed was taken by the MoJ ‘in isolation’ but that the appetite to push ahead remains ‘very strong’ within the Treasury and among a number of influential MPs.

In a press release today, the ABI said that the MoJ decision will see ‘ambulance-chasers laughing all the way to the bank’.

The lobbying body will argue that every day of delay costs honest motorists across the UK almost £3m as this country maintains ‘one of the most abused systems in Europe’.

The original proposals were floated last November by then-chancellor George Osborne in his autumn statement, and it is understood the MoJ was taken by surprise at the extent of Osborne’s plans, which included scrapping compensation for soft tissue injuries and raising the small claims limit to £5,000.

The Law Society hailed today's development as 'great news for ordinary citizens'. Chief executive Catherine Dixon said: 'We’re delighted government has recognised that its proposed changes to personal injury claims would hamper access to justice, particularly for those on lower incomes. Anyone who suffers injury through no fault of their own should be entitled to claim the compensation they need to help them recover and get on with their lives.'

She added: 'Many personal injury claims, even at lower value, can be complex and can result in a David and Goliath situation where the person bringing the claim is unrepresented. Ordinary citizens who have suffered minor soft tissue injury need expert legal help to navigate the court system and rely on specialist solicitors to help them secure the compensation they are entitled to.'

The Association of Personal Injury Lawyers warned there is ‘no room for complacency’.

President Neil Sugarman said: ‘We will continue to argue that any reforms to the personal injury process must be based on independent evidence, rather than insurance industry rhetoric.’

Donna Scully, partner at claimant firm Carpenters and former chair of the Motor Accident Solicitors Society said now is the time for the whole sector to set aside its differences and work constructively together.

She added: ‘We need to work on implementing the fraud task force recommendations, make MedCo work more effectively, improve the regulation of CMCs and talk about other areas where things can be improved to support genuine customers.’

Andrew Twambley, spokesperson for campaign group Access to Justice, said:  ‘The MoJ decision not to proceed with reforms to personal injury is a victory for common sense.

‘There was no evidence that the reforms would work, and it was not clear whether customers would benefit in the form of lower premiums. Moreover, if passed into law, the reforms would have eroded the rights of millions of people access to gain redress for their injuries.’

Sue Brown, chair of MASS said: ‘We are of course pleased that MoJ are not pressing ahead immediately with its proposed package of damaging reforms that would have had a significant detrimental effect on the rights of the injured victims of motor accidents.

‘However we must not allow this news to interfere with the work that is already under way to address some significant problems in our sector.

‘Solicitors and insurers need to work together with government to address the scourge of fraud, prosecuting identified fraudsters and cracking down on cold calling.’