In opening submissions to what is expected to be a seven-week hearing, the Solicitors Regulation Authority said the allegations brought by the firm over alleged atrocities should never have been made public. 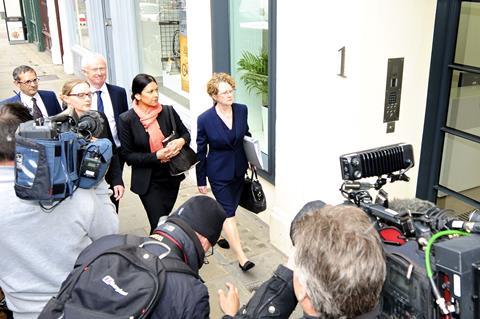 For the SRA, Timothy Dutton QC said there is evidence that Leigh Day knew that the alleged victims were not innocent civilians, as they had claimed, but were in fact members of a militia group called the Mahdi army.

Dutton said the firm knew in 2008, around the time it gave a press conference about the cases, that one of its clients was a member of the Mahdi army - but ignored the evidence because it saw him as ‘crucial to the success of its claims’.

The allegations also referred to a key document that Leigh Day held which the SRA maintains could have stopped the Al-Sweady inquiry into allegations of atrocities.

The document, called the ‘OMS list’, allegedly recorded that detainees captured by British troops were not ordinary civilians but were in fact members of the militia group.

It was hand-written in Arabic and translated on behalf of the firm.

Crowther, who at the time was a junior solicitor, disposed of the original translation, the tribunal heard.

Dutton said this was ‘a very serious error of judgment’ and that the list was of ‘potentially explosive value’. He added: ‘The SRA alleges this was such a serious error that it constituted a breaking of the rules, though we are satisfied that Crowther had not been dishonest.'

In total Leigh Day received around £9.5m in fees from all the claims it brought, the tribunal heard.

Dutton also alleged that the firm continued to pursue claims even when they later discovered them to be false. Khudur Al Sweady, a witness in one of the claims, was himself a Mahdi army commander.

Referring to an email sent by Day in which he asked if the claims were ‘all bullshit set up by AS  [Al Sweady]’, Dutton said Day’s language was emotional but that he could have been expressing ‘frank views’ in emails he would not have expected to be used in a public hearing.

The tribunal also heard that the SRA strongly denies claims that it colluded with the government to target Leigh Day. The firm has alleged that the SRA bowed to pressure from the Ministry of Defence to bring charges against it.

Dutton said Leigh Day’s claims that the SRA had engaged in ‘dishonest collusion’ with the Ministry of Justice and Ministry of Defence were ‘demonstrably false’. As the profession's regulator it was ‘entirely appropriate’ for the SRA to have contact with relevant government departments, he said.

‘The tactic of alleging some sort of government pressure being behind this case coming about may involve a lack of insight into the seriousness of what has been done,’ Dutton added.