‘It was asking for a lot’ - Ombudsman cuts budget increase demands

The Legal Ombudsman is set to scale back plans for a 19% budget increase after admitting it was ‘asking for a lot’.

The Office for Legal Complaints, which oversees the complaints body, had wanted to increase spending to £15.26m for 2021/22 to deal with a backlog of thousands of unopened cases. But OLC chair Elisabeth Davies admitted this week that following widespread opposition from lawyer representative groups that the business plan and budget will be revised.

The new budget forecast has not been revealed, but has been agreed by the OLC board and will be considered by the Legal Services Board when it meets later this month.

Writing on the ombudsman website, Davies said: ‘We’ve carefully considered consultation feedback and what the sector has taken the time to share with us. In this we’ve seen an appreciation of the OLC’s openness and honesty; how the transparency of the multi-year approach is valued; and a recognition that the Legal Ombudsman scheme needs to stabilise before it can improve. But this can’t mask that the OLC was asking for a lot. 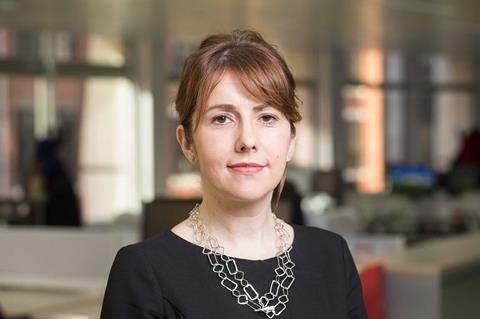 Davies: Complaints handler will focus on getting more from existing resources

‘Some investment is needed but the message we’ve heard is: ‘Are you sure you can’t make better use of what you’ve got in the first year? Are you really making enough use of innovation/Priority Two and a commitment to doing things differently? Are you focusing your improvement enough on the backlog?’’

Although reducing the backlog – which could rise to 5,000 cases this year – remains the top priority, the OLC will not drop its commitment to work in preventing and reducing complaints in the first instance. This will involve working with law firms to identify how they respond to initial contact from clients and what they can do better.

Davies said the legal sector wants to see rapid improvement in the ombudsman’s performance, but the current backlog has also affected consumer confidence in the scheme.

‘The OLC cannot and will not claim a level of certainty which is not realistic at present but I understand that the sector needs to see more and we’ve responded to this,’ she added.