Queen’s Counsel do not win significantly more cases than junior barristers when they are pitted against each other in court, research by a litigation analytics company has found.

According to analysis by Solomonic, QCs win 55% of cases when matched against non-silks in litigation. The size of a counsel team was found to have a significantly bigger impact, with larger teams defeating smaller ones almost 70% of the time.

The study looked at 5,000 judgments from the past decade and found that – in the main – parties select legal teams with equal experience. However, in 25% of cases there was a mismatch in seniority - leading to 'little difference' in success rates. 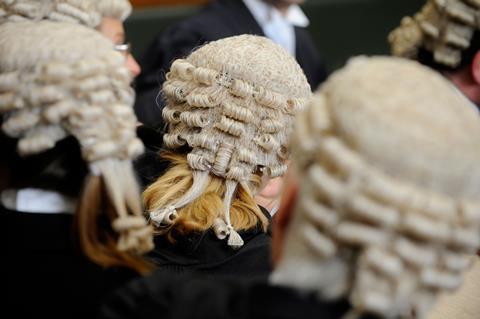 QCs win just 55% of cases when matched against non-silks

According to London-based Solomonic, the 55% QC success rate was generally consistent across courts and types of hearings, with some exceptions. In summary disposal hearings, for example, QC’s matched against non-silks won just 51% of the time. In contrast, QC’s defeated non-QC’s nearly 73% of the time in jurisdiction applications.

‘What it certainly shows is there are a lot of very capable senior juniors doing excellent work, who are not intimidated or outclassed by QCs.’

Solomonic managing partner Edward Bird added that silks are likely to be brought in for the tougher cases in which their record may be skewed, and that senior QCs can be used to intimidate the opposition into settling, meaning that much of their value cannot be measured in hearing outcomes.

Litigation analytics is growing in popularity and now being deployed by several litigation funders. The analytics tool is built on a database of reported judgments that can reveal what percentage of a specific type of case has been won, lost or settled and – more controversially – how an individual judge has decided similar cases.