A third court has had to be closed this week after a fire broke out this morning, reportedly due to an electric heater. The Gazette has been told that no one was injured.

News of a fire at Maidstone Combined Court Centre emerged after Julia Roberts, a court reporter for Ferrari Press, tweeted: 'Fire closes crown and county court building in Maidstone. Blaze broke out after electric heater was turned on. Security staff put out flames.' 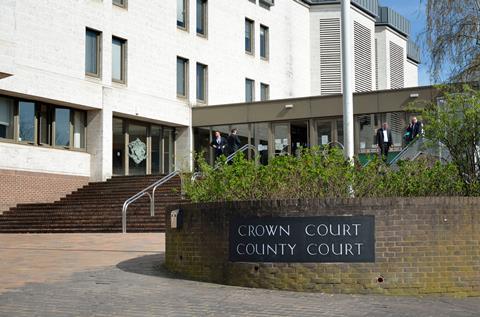 Maidstone Combined Court is closed for the rest of the day

HMCTS later confirmed that Maidstone was closed following a 'small fire earlier this morning, which was safely put out'. The Gazette was told that the fire was not linked directly to heating problems at the court, which were resolved prior to the fire breaking out.

The Gazette has asked what is happening with cases that were listed today. The gov.uk website says the court should be contacted by email and updates will be provided for tomorrow 'once known'.

Earlier this week HMCTS had to apologise for the disruption caused by the heating packing up at other courts. Leeds Combined Court Centre was forced to close on Monday. Afternoon hearings at Chester Civil Justice Centre were rescheduled on Monday afternoon. Hove Trial Centre was shut on Tuesday. Barristers also reported lack of heating at Canterbury and Inner London Crown courts.

HMCTS is halfway through a £1bn courts modernisation programme. In a report released days before election purdah began, the House of Commons justice select committee said it was 'wholly unreasonable' to expect judicial office holders, HMCTS staff and external court users 'to put up with dilapidated and uncomfortable court buildings'.

3.30pm update: HMCTS says Maidstone will be up and running as usual tomorrow.