A Labour administration would deny City law firms access to government contracts unless they meet a minimum pro bono target.

In his keynote speech to the Labour Party conference later today, shadow justice secretary David Lammy is set to call for a state-run national pro bono centre to widen access to justice.

Labour says it will create a national pro bono target to encourage partnership between the public and private sector. The policy would require City firms to have met the target of at least 35 hours of pro bono legal services per lawyer per year to be eligible for government contracts.

The party will cite record profits announced by City firms this year and say they must do more to support those who cannot afford legal advice. 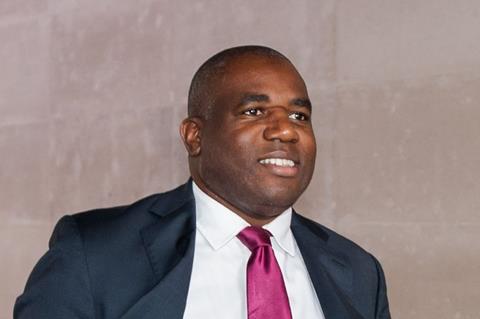 ‘This party recognises the importance of the private sector doing their bit in partnership with the public sector.

‘That’s why today we are announcing that a Labour government would support the introduction of a new national pro-bono service with binding pro bono targets for firms seeking public contracts.’

A national pro bono centre would promote awareness of pro bono and provide incentives to participate, offering practical tools and resources to reduce barriers and constraints to taking part.

The pro bono target would be ‘voluntary and aspirational’ and available to law firms, individual solicitors and barristers, and barristers’ chambers. There will also be a target of at least 20 hours for in-house legal teams and individual in-house lawyers. But it is envisaged that it will be legally binding for firms seeking government contracts to have met the national pro bono target.

In his speech, Lammy will also call for a 'turning point' in the epidemic of violence against women and girls, by reaffirming Labour’s commitments to fast-track rape and sexual assault cases, increase minimum sentences for rapists, create a new offence for street harassment, ensure victims of domestic abuse get legal aid and make misogyny a hate crime.

The Law Society said today that lawyers are willing to give their time to benefit those in need but this should not be relied upon in place of a properly-funded legal system.

'Lawyers volunteer their time to provide free expert legal advice to the most vulnerable in society on a widescale basis and larger law firms have demonstrated a strong commitment to supporting this,” said Law Society president I. Stephanie Boyce.

'Pro bono work has an important role to play in strengthening access to justice, as shown by the free advice provided to people caught up in the humanitarian crisis in Afghanistan, those affected by the pandemic and in the aftermath of terror attacks.

'However, pro bono should never be a substitute for a properly funded, resourced legal aid and justice system, which is the real solution to providing justice to the vulnerable.'