The Law Commission is hoping to encounter ‘the modern lawyer’ in its quest to recruit two commissioners, the chair of the body that keeps the laws of England and Wales under review has said. 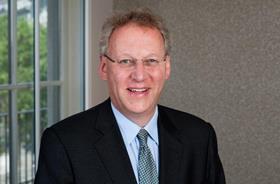 Sir Nicholas Green: ‘chance to do a lot of rebalancing’

Commissioners Professor David Ormerod QC and Stephen Lewis will step down from their posts at the end of this year. The commission’s chair, Court of Appeal judge Sir Nicholas Green, said he wants to take the opportunity to make the team more diverse.

The commission has five statutory commissioners. Green told the Gazette that when he was appointed, ‘it struck me we were five men, three of whom were called “Nick”. We have a chance to do a lot of rebalancing. There’s no better time to try and re-do it.’

Green does not want to hunt in traditional recruiting grounds: ‘In the past we have said “we need… a top commercial lawyer. But the chances are I will get a similar male partner because there is a preponderance of men in the City. If you think about the next 10 years, I do not think that’s the right way to recruit.

‘What I want is a lawyer with traditional skills but who is interested in what society and the economy is going to look like in the next 10 years.’