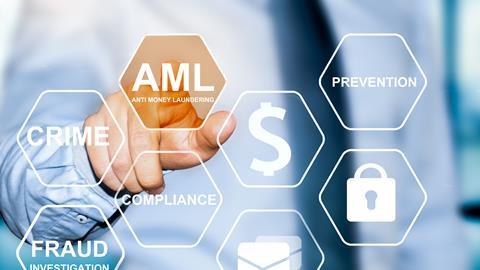 The government is seeking views on legislation to raise money to fight economic crime, which could impose tax bills of up to £250,000 on very large companies, such as City law firms.

HM Treasury has opened a ‘technical consultation’ on draft legislation for a levy that aims to raise £100m per year, ahead of its inclusion in the 2021-22 Finance Bill. The tax will be paid by all groups that are subject to UK money laundering regulations, including legal practices, banks and accountancy firms.

AML-regulated entities with over £10.2m in UK revenue will be liable to pay the levy, which will first be collected in 2023/24. Companies will pay the levy as a fixed fee based on the ‘size’ band they belong to.

HM Treasury said that the final figure in the legislation will not be a range but a single figure.

The levy is not to be taken into account in calculating profits or losses for the purposes of income tax or corporation tax and will be collected by the three public sector AML statutory supervisors: the Financial Conduct Authority, HM Revenue & Customs, and the Gambling Commission.

In response to an earlier consultation, the Law Society described the levy as a 'special tax on the legal profession' which would hit the international competitiveness of the legal sector and the willingness of law firms to invest in the UK.

The technical consultation will run until 15 October 2021 and is to ensure the legislation 'operates as intended'.