One in three law firms was targeted by cyberscammers in 2017-18, up from a quarter the previous year, the Law Society’s annual survey of professional indemnity insurance (PII) shows. Only 6% of scams, most commonly spam and phishing, resulted in a data breach and just 3% led to financial loss – but Chancery Lane is warning firms not to be complacent.

‘The effects of just one successful attack can be devastating for clients, law firms and staff,’ stressed Society president Christina Blacklaws. 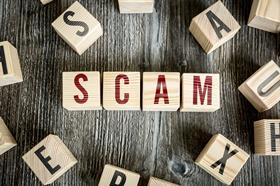 Elsewhere, the survey confirms a common sentiment that the market is hardening after years of lower premiums. The mean price of PII fell by 0.3% in 2017-18, compared with a fall of 1.3% in the previous 12 months.

The report cautions: ‘This is unfortunate, but a slow and steady increase in premiums may be necessary to maintain competition, because if PII is not profitable, more underwriters will drop out of the market, leaving those that remain freer to charge what they want.’

As the Gazette has reported, Libra Managers, which provided cover to 20 of the top-200, will not underwrite any new business from today. Aspen Insurance UK has also bowed out.

Of 62 classes of insurance identified by Lloyd’s between 2011 and 2016, non-US PII was the second-worst-performing category in terms of its aggregate negative effect on profitability.

Solicitors await the outcome of the Solicitors Regulation Authority’s reheated and highly controversial proposals to reform PII. These would cut the minimum single claim limit it requires firms to insure for to £500,000 – or £1m for conveyancing work.

Today’s survey reiterates Chancery Lane’s view that there ‘is no good reason to suppose that reforms suggested by the SRA  – such as lowering minimum indemnity limits by half or more and removing from cover all commercial clients with turnovers in excess of £2m – would lower costs for our members, let alone their clients’.

The most widely used insurer in 2017-18 was Travelers. More than three-quarters of firms remained with the same insurer they used in the previous renewal round, while almost four-fifths submitted only one proposal form.

A slow and steady increase in premiums may be necessary to maintain competition, because if PII is not profitable, more underwriters will drop out of the market

More firms are moving to longer policies, following the abolition of the common renewal date four years ago. More than a quarter of firms now have 18-month policies and the number of firms opting for 24-month policies increased from zero in 2016-17 to 5%. ‘Purchasing a longer-term policy is a sensible way to lock in a low price in the face of a hardening market,’ the Society said.

Worryingly, 47% of firms remain unaware of the 2020 closure of the Solicitors Indemnity Fund, potentially exposing themselves to a ‘cliff edge’ in terms of long-term run-off cover.