'Lawyers must do better’: Lord Hodge criticises use of expert witnesses

Instructing solicitors must not jeopardise the impartiality of expert evidence, the deputy president of the Supreme Court said today, citing a study which suggests expert witnesses are being used as ‘hired guns’ by lawyers.

Lord Hodge told the Expert Witness Institute’s annual conference that experts ‘must not allow their instructing solicitors, by whom they are paid, to call the tune’.

‘While the requirements of independence and impartiality may appear so obvious as to go without saying, it is concerning that in a 2019 survey of expert witnesses 41% of the respondents indicated that during the preceding 12 months they had come across an expert witness who they considered to be a hired gun,’ Lord Hodge said. '25% of respondents further reported that they had been asked or felt pressurised to change their report by an instructing party in a way which damaged their impartiality.’ 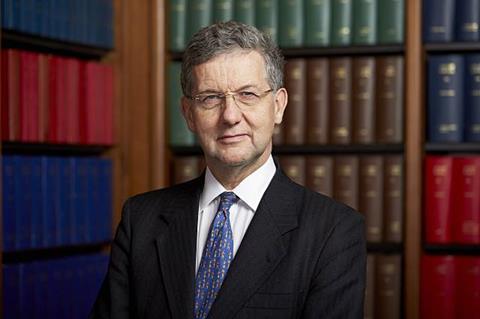 Lord Hodge: 'Judges, lawyers and experts have to face future together'

Lord Hodge stressed that legal teams must ensure that experts are aware of their duties. ‘It was disappointing that the survey… points to evidence of instructing parties putting pressure on experts to change their evidence in a way which they feel damages their impartiality. Lawyers must do better.’

The justice, who is currently president of the Expert Witness Institute, also said that lawyers and judges must improve their scientific and technical literacy in order to do their job effectively and to ask the right questions. He stressed the usefulness of judicial primers, which set out agreed views on certain issues.

'Judges, lawyers and experts have to face the future together,' he said.