The lord chief justice has made a veiled plea to the government to provide more funding to deal with the massive backlog of cases in the courts and tribunals system.

In his annual report, Lord Burnett of Maldon called for a ‘realistic assessment’ of the current and future workloads when deciding the budget requirements of HM Courts & Tribunals Service.

He noted there had been significant achievements during the Covid emergency but that the difficulty in recovering the system to the position pre-pandemic should not be under-estimated.

Burnett said: ‘To recover from Covid and then make progress in dealing with what were unsustainable backlogs in any event, a concerted effort will be needed to use the court estate and judicial resources, including additional use of fee paid judges, to dispose of cases which are ready for hearing.’ 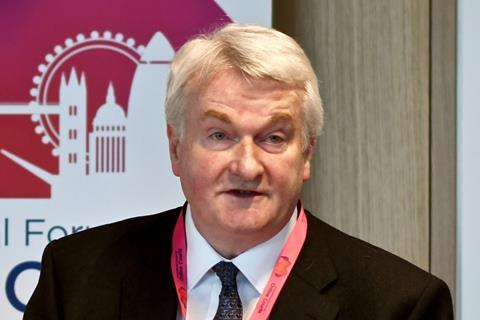 He stressed that the reform and modernisation programme must be seen to its conclusion, with appropriate funding to complete the job.

Burnett also touched upon difficulties with filling vacant judicial spaces, saying the complement of judges in the High Court remains below the statutory quota, although the position has improved, and that the district bench is well under strength. That is adding to the problems in the family and county courts.

Burnett said that while in some areas remote hearings have proved unsuitable, for many other areas the technology has been effective and demonstrated the widespread benefits to be gained from modernisation.

‘It was clear that many procedural hearings, relatively short hearings and some of those involving argument rather than contested evidence were satisfactorily conducted remotely, although decisions on this still need to be taken by judges on a case-by-case basis in the interest of justice,’ he added. ‘There is no doubt that the lessons learned from operating in a pandemic will lead to greater use of technology in the longer term.’

Meanwhile, justice secretary Robert Buckland has said the government’s response to the crisis in the courts system has been a ‘story of success’.

Responding in the House of Commons to questions about the Crown court backlog approaching 50,000 cases, Buckland said: ‘We secured an extra £80m of funding from the Treasury to deal specifically with Covid court recovery.

‘That came on top of the largest investment and increase in court maintenance in 20 years… That has resulted in the scaling up of courts, so that today we have 255 courtrooms hearing jury trials.’