Legal aid savings ‘no economy at all’ – CoA judge

An appeal court judge has described legal aid savings as a false economy after seeing a litigant in person struggle without help from a solicitor.

In Lindner v Rawlins, the Court of Appeal refused a husband’s attempt to produce material he considered would support allegations made in his divorce petition.

Neither party was represented during proceedings and the court had to take time during the hearing to go through relevant family procedure rules.

In her judgment, Lady Justice Black (pictured below) said the overriding objective of the rules was for the court to deal with cases expeditiously and proportionately and that enough material already existed for the purpose of the divorce proceedings. 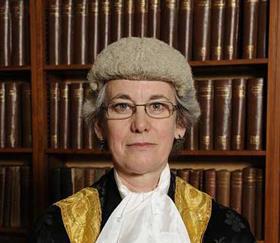 Having dismissed the appeal, she noted that the husband’s lack of representation meant he had approached the case on a mistaken basis. Tasks normally carried out by the parties’ legal representatives – finding relevant documents and researching the law and its application – had to be done by Court of Appeal judges instead.

‘This is not a satisfactory state of affairs as the time taken to attend to this is considerable and cannot be spared in what is already a very busy court,’ said Black.

Her colleague Lord Justice Aikens (pictured top right) went even further in condemning the scenario faced by the litigants. He said the husband could not be expected to master a technical and unusual area of law and present his case. This, he said, raised not only issues of justice but financial concerns as well.

‘Money may have been saved from the legal aid funds, but an equal amount of expense, if not more, has been incurred in terms of the costs of judges’ and court time. The result is that there is, in fact, no economy at all,’ he said.

‘Worse, this way of dealing with cases runs the risk that a correct result will not be reached because the court does not have the legal assistance of counsel that it should have and the court has no other legal assistance available.’