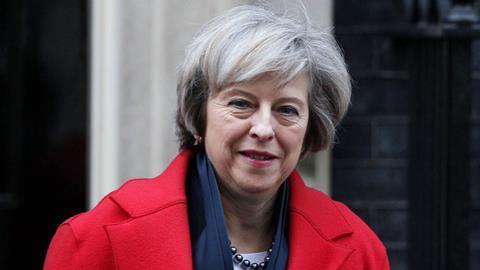 Legal stories you may have missed over Christmas

The Telegraph led over the Christmas period with Theresa May’s plans to pull out of the European Convention on Human Rights.

The report, which cited a ‘senior government source’, said the prime minister would put her withdrawal plans at the heart of her 2020 general election campaign, once Brexit is completed.

May’s plans reportedly go further than those drawn up by her predecessor David Cameron and will give the Supreme Court the final say over how the rights are applied.

The Mirror reported the Magistrates’ Association’s fears over moves to allow more people to plead guilty to crimes online.

The Ministry of Justice plans would cover crimes with no identifiable victim, such as fare-dodging, some traffic offences and fishing without a licence.

Association chair Malcolm Richardson said there was concern at the principle of handing entire criminal cases without the involvement of independent judicial decision-makers.

The Daily Mail’s claim that lawyers ‘raked in’ £32.2bn turnover in 2016 was not well received in the legal profession.

The paper said money made by lawyers has shot up by nearly a quarter in five years, and conflated these increases with protests against legal aid cuts. Dr David Green, director of the Civitas thinktank, was quoted as saying the legal profession has ‘lost its way morally’.

On Twitter, @BarristerSecret listed 10 ways in which the article was wrong, while justice select committee chair Bob Neill described it as a ‘mendacious piece of “journalism”’.