Builders of the new personal injury portal for litigants in person insist they are on track to meet their April 2020 deadline. But speaking to the Gazette, Motor Insurers Bureau chief executive Dominic Clayden said a number of other issues still need to be solved before he will turn the system on.

Clayden’s organisation is the Ministry of Justice’s delivery partner tasked with creating and putting into operation a portal for handling all RTA claims valued under £5,000 for accidents in or after April 2020. The system is due to be up and running from then, subject to testing, along with a call centre for the ‘digitally disadvantaged’ and a process of alternative dispute resolution for claimants unsatisfied with an insurer’s offer. 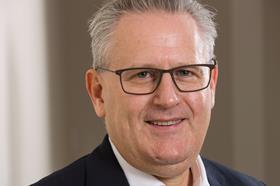 Clayden said the technology is in place to handle claims, but the MIB is waiting for the MoJ to rubber-stamp rules. An ADR provider is still to be recruited, the issue of accessing medical reports through MedCo has yet to be resolved (a consultation response from the MoJ is due out this month), and the Judicial College is still reviewing how ‘combination’ injuries – for example where a claimant has whiplash and a broken finger – will be compensated.

‘Without that [review] I am probably not going to be prepared to turn the system on,’ said Clayden. ‘I sit neutrally here but I want to issue a great service to a claimant.’

He added: ‘We need the pre-action protocol from the civil justice procedure rules committee which the MoJ and committee are working through. Clearly if the rules are not in place by April, or there are changes from what we have built, that delivery date will move.’

Clayden confirmed the call centre will be functional from April and is expected to have a staff of 100 – though this can increase – funded by a levy on insurers.

The ADR will also be funded by insurers but is said to be through an independent provider. Claimants will have to request a third party look again at the offer they have been made, and any decisions to increase damages will be binding.

Clayden said he wanted to enable law firms and CMCs to integrate their case management systems with the portal in advance of the start date, although he is ‘agnostic’ about what advisers will continue to work in the small claims sector and the portal.

He was ‘frustrated’ by accusations that lawyers have not been consulted and said a seminar for the legal sector was planned for later this month.

Rejecting the suggestion this is a system designed and run by the insurance industry, he added: ‘We are not handling the claims, we are acting as an interface neutrally. We don’t make any offers and don’t decide if a claim is fraudulent or not. We are not here to police it: we will publish regular data so people can see the performance.’