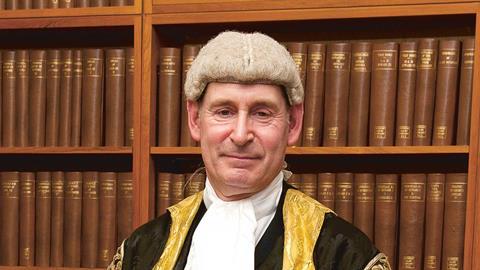 The inexorable advance of online justice is set to continue this month with public tests of a system allowing litigants in person to file money claims online. This is despite early tests suggesting that online claims are twice as likely to be defended.

The Gazette understands that the civil money claims project is to progress from a pilot, involving invited claimants only, to so-called ‘public beta’ phase as soon as next Monday.

The scheme is effectively a portal for litigants in person to manage and resolve disputes, and is another step along the road to the creation of a fully-fledged online court.

Since last summer, a limited number of users with claims worth less than £10,000 have been able to issue their claim online, either represented by lawyers or as a litigant in person.

Speaking at Liverpool Law Society last week, Master of the Rolls Sir Terence Etherton revealed that 1,828 LiPs have taken advantage of the online system, issuing 1,035 claims. Time taken for claims to move from issue to first hearing has reduced 40%, with 80% of users either satisfied or very satisfied with the online system.

However, a greater percentage of claims online are defended, meaning the default judgment rate has dropped from 53% under the ordinary paper processes to 24% in the online pilot.

Etherton said the biggest cause for complaint has been the inability to upload evidence. The Ministry of Justice declined to confirm when the pilot will be extended, but minutes of the Civil Procedure Rule Committee meeting appear to indicate it would happen on 26 March.

Etherton said this month’s retirement of Lord Justice Jackson, the architect of civil justice reforms, has not reduced the will to overhaul the present system. ‘If we are to ensure that our civil justice system is as effective and as accessible as it can possibly be, reform must be, and will continue to be, a very high priority,’ said Etherton.