Magistrates not consulted about knife ASBOs

Magistrates were not consulted about measures to prevent knife crime that could result in children as young as 12 being caught up in the criminal justice system for breaching civil orders, the Gazette has learned. This is despite home secretary Sajid Javid's call for unity to end the 'senseless violence' after two teenagers died over the weekend.

The Home Office, which has 'brought forward' amendments to the Offensive Weapons Bill to introduce knife crime prevention orders, says it will consult with the legal profession.

In a letter to the Home Office last month, London criminal defence firm Hodge Jones & Allen said the government had not consulted with youth offending teams, social workers, knife crime experts or solicitors. It has since emerged that the Magistrates' Association was not consulted either.

John Bache, the association's chair, said: 'The KCPOs were introduced at committee stage of the Offensive Weapons Bill without prior indication they were being considered. Even though the association, as well as other important stakeholders, raised concerns, they have been resubmitted at report stage without any engagement on the issues raised by us. 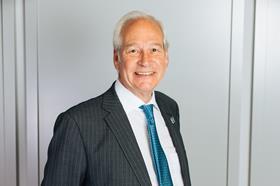 Bache: 'it would be useful for the government to speak to magistrates'

'The association's concerns relate not just to whether these orders are needed on top of existing powers, but also how they would work in practice. We suggest it might be useful for the government to speak to magistrates about these two issues, as they will be the ones using the orders.'

The spokesperson said: 'We will be consulting with legal organisations and other bodies on the guidance around the use of these orders before they come into force.' 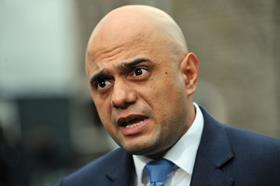 Javid: 'Vital we unite to stop this senseless violence'

Orders will be made when the court thinks they are necessary to protect the public and to prevent reoffending. The court will be able to impose curfews or restrictions on where the individual can go or who they can meet. If an order is made against someone under 18, the Home Office says the relevant youth offending team and local authority children's safeguarding units will be consulted.

Orders must be reviewed after 12 months, although the Home Office says they are likely to be reviewed more frequently when young people are involved.

Fatal stabbings in England and Wales last year were at their highest since the Home Office Homicide Index began in 1946.

Responding to the deaths of two teenagers in east London and Greater Manchester over the weekend, home secretary Sajid Javid tweeted: 'Young people are being murdered across the country and it can't go on. We're taking action on many fronts and I'll be meeting police chiefs this week to hear what more can be done. Vital we unite to stop this senseless violence.'