A bill that would end fixed terms in parliament and prevent courts from reviewing decisions to do with dissolution and early elections has been cautiously welcomed by a committee of MPs and peers.

The government is seeking to repeal the 2011 Fixed-term Parliaments Act and return to a system where the prime minister has the power to trigger a general election at any point within five years of the previous one. Legislation is expected to be announced in the next Queen's speech, on 11 May.

A joint committee was asked to review the act – passed by David Cameron’s coalition government in 2011 – and scrutinise the government’s short draft bill, which was published in December.

Reporting back, the committee described the Fixed-term Parliaments Act as ‘flawed’ and said it ‘would require major amendment’ if it were to be retained. ‘The government’s intention to return to the system in place before the 2011 act is clearly stated and should be effective,’ it said. 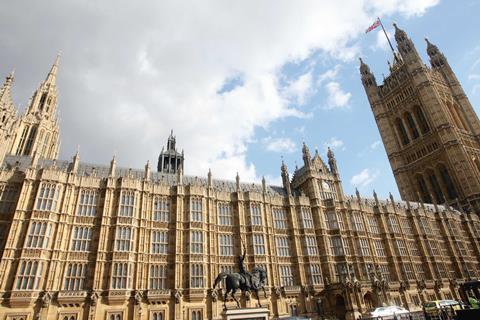 However, the committee warned that some of the constitutional plans advanced by government should be refined and said the its dissolution principles document is ‘inadequate’.

Committee chair Lord McLoughlin (Conservative former MP Patrick McLoughlin) said: ‘The joint committee agreed that the 2011 act contains major flaws and even if it were to be retained, it would require substantial work. Major constitutional change like this requires careful consideration and it is welcome that the bill to repeal the Fixed-term Parliaments Act was published in draft.’

He added that the government’s proposals could be improved. ‘To start with, this will be a major piece of the UK’s constitutional framework. The Fixed-term Parliaments Act looks unlikely to last, and whatever replaces it should ideally form an enduring part of our constitutional settlement. The new legislation will replace the current arrangements for the dissolution and summoning of parliament. Its name should reflect this, rather than referring to what appears likely to be a short-lived constitutional experiment.’

One of the draft bill’s main proposals is to prevent the courts from exercising oversight over decisions to do with the dissolution and the calling of parliaments, by way of an ouster clause. It would instead restore the monarch’s formal powers.

The committee said is it satisfied with this approach, concluding that it is ‘legitimate for parliament to make clear where it believes constitutional boundaries should lie. An early dissolution puts power in the hands of the electorate so, if an ouster is ever acceptable, it is acceptable in this case’.