Government plans to thwart strategic lawsuits against public participation (SLAPPs) are unnecessary as English libel law currently ‘strikes the balance in the right place’ between the rights to reputation and freedom of expression, a leading media lawyer has told MPs.

Justin Rushbrooke QC, joint head of chambers at specialist media law set 5RB, said that ‘a SLAPP case, properly understood, is something of a chimera in this jurisdiction’.

The pressure to tackle so-called lawfare was building before Russia’s invasion of Ukraine, which has led to further calls for action – with justice minister James Cartlidge, writing for the Gazette this week, saying SLAPPs ‘run contrary to everything our justice system stands for’.

But Rushbrooke told the House of Commons justice committee yesterday: ‘I think there has been some misconception about the current state of libel law and libel litigation in this jurisdiction, because parliament looked at this exhaustively in 2012 to 2013 resulting in the Defamation Act 2013, which in some respects has had a transformational effect in the way litigation is conducted.’ 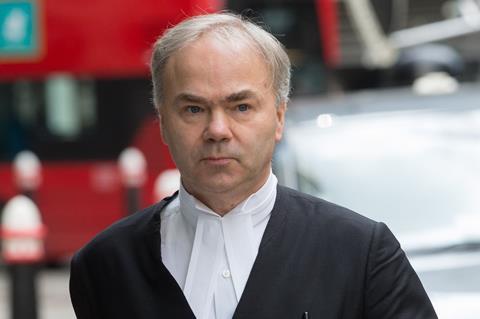 He added that ‘the law more or less strikes the balance in the right place’ between the right to protect one’s reputation and the right to freedom of expression.

Rushbrooke accepted that an ‘unmeritorious complaint might lead … to a publication being pulled that could or should otherwise have been published’. But he said there are also cases where false allegations were published or someone’s privacy was invaded and they are ‘unable to take action, either because they are simply frightened off by the cost of it or because of intimidatory tactics on the part of the defendant’.

‘We have so many disincentives to bringing action in terms of substantive defences and case management controls which regulate the cost of litigation that, I am afraid, I simply do not recognise the picture that has been painted by some … that the libel laws of this country are being regularly – or even occasionally – abused by so-called one-stop shop corruption firms,’ he concluded.

Fellow media silk Catrin Evans QC, from Matrix Chambers, said it is ‘important not to overstate the problem that SLAPPs represent’, but emphasised the impact pre-action letters can have, adding that there is ‘a systemic problem with the nature of English media law – it is not just libel law’.

Rupert Cowper-Coles, a partner at RPC, said certain statutory protections in defamation law, including the serious harm threshold and the public interest and truth defences, ‘are being circumvented by law firms that don’t want to face those thresholds and instead bring their claim in privacy, misuse of private information’, where there is no truth defence available, or under data protection law which is ‘almost more concerning’ for the media.