Costly court battles and a tumultuous personal injury market have prompted the whiplash accreditation scheme to raise the fees it charges experts by 100%. Medical experts in the market now effectively face the option of paying up or shutting down their businesses.

MedCo this week confirmed it will charge £150,000 to top tier medical reporting organisations for 2018/19. The fee is up from £75,000 in the current year and applies both to new providers and those renewing their licence.

The scheme is mandatory for all soft tissue claims, with the top tier MROs appearing most frequently in searches by lawyers looking for someone to diagnose their client’s injury. Regional providers, who appear less often in searches, must pay £20,000 either to acquire or renew their right to take part in the scheme. Previously new entrants had paid £15,000 while renewals cost £11,500.

MedCo, which is a not-for-profit organisation, has told the Gazette that the increases are due to the threat of litigation from providers appealing against new qualifying criteria. Continued uncertainty over the prospect of personal injury reforms has also heightened the need for extra reserves in the event that claims volumes drop significantly.

A MedCo spokeswoman added: ‘Whilst MedCo is a not-for-profit organisation, and its usual policy has been to abate fees using surplus funds from previous years, if there is significant risk of financial calls on the surplus this policy cannot be maintained.’

MedCo users were informed about the fee changes this week and told they would come into effect at the start of April. 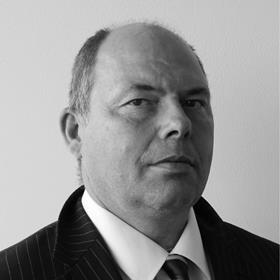 The Confederation of Medical Agencies has demanded urgent meetings with MedCo and the Ministry of Justice – which initiated the scheme and sets the qualifying criteria – to challenge the increased levies. The organisation, which represents around 35 MROs, will argue the fees place an unfair burden on firms and are potentially in breach of competition law.

Chairman Ben Elsom said: ‘These fee increases cannot be justified at any level. Medco announced in its annual results in December that it had nearly £5m in surplus cash. To announce that due to the risk of litigation it needs to increase the fees to our members by up to 100% is absurd and incapable of justification.’