Medics to compete for unrepresented claimants through new whiplash portal

Medical experts will compete for work from unrepresented claimants using the new RTA portal, the Ministry of Justice has revealed.

From 31 May, all claims valued under £5,000 will progress through the new Official Injury Claim service, with unrepresented claimants needing to navigate the system to search for either a medical reporting organisation (MRO) or direct medical expert (DME).

MROs and DMEs will be required to opt in to the body overseeing whiplash diagnosis, MedCo, if they wish to offer services to unrepresented claimants. 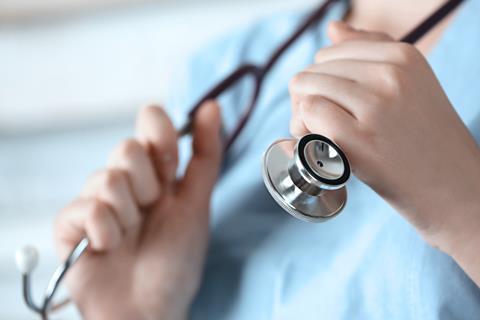 The Ministry of Justice said that the search process for obtaining medical reports where the claimant has legal representation will be unchanged. But litigants in person will be offered a choice of four MROs (two from each of the top two tiers) or five DMEs.

The MoJ said: ‘In setting this offer the MoJ has considered stakeholder feedback, as well as data in a number of areas, including, but not limited to, the number of MROs in each tier and their geographical coverage. The new offer reflects the need for competition both within and between each tier and the MoJ will continue to keep this under review.’

MedCo also confirmed this week that the ban on remote video medical examinations will remain suspended until further notice, despite England and Wales’ emergence from certain lockdown restrictions.

While the advent of the RTA claims portal has been twice delayed – it had been due to come into force last April and was initially delayed to April this year – there appears now to be little doubt that the 31 May start date will be met. A sign of the progress being made came last week as the Motor Insurers Bureau, which is overseeing the implementation, released a video walking users through the service. This can be viewed here.

The Solicitors Regulation Authority board has agreed a minor rule change in relation to the ban on offers of agreements to settle whiplash claims without a medical report. This ban comes into force at the same time as the new portal. The effect of the rule change is that an alleged failure by any solicitor to comply with this ban could be treated as misconduct and, if proved, sanctions could be imposed. The amendment requires the sign-off of the Legal Services Board.