A former partner at south-east firm McMillan Williams has told a tribunal she was working in a ‘morally bankrupt environment’ and subjected to years of bullying.

Helen Clifford, who was head of the personal injury department, alleges she was constructively dismissed in September 2018 after a period of intimidation and victimisation, and after speaking out on behalf of junior members of staff who had aired grievances. 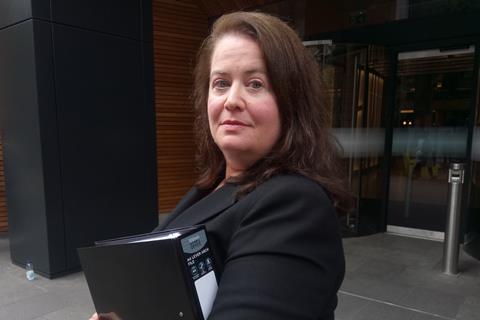 Those colleagues, Clifford told the employment tribunal, had complained of sexual harassment by senior staff. She further alleged that specific instructions were then issued to middle management to cover up such accusations. The tribunal also heard an allegation that on one occasion former chief executive Colum Smith had been assaulted on the office premises by a senior figure at the firm, having stepped in to protect a female member of staff.

‘It was a culture of fear and a culture of bullying within this firm,’ said Clifford, who has made her claim against both McMillan Williams and current chief executive Dominic Harrison. Yesterday's hearing was an application by Clifford for disclosure of staff documents ahead of a substantive hearing next year.

‘There was very much an old boy’s club,' Clifford said. 'All the senior people now are white, male, middle-aged and middle-class. They were all educated at similar universities and send their children to Eton. As an in-joke they decided on a pet project to remove those who were not members of their club. They called it "Project Snowflake". There are accountancy reports that refer to it.’

Clifford said Smith, who left the firm at the start of 2018, has said he will appear as a witness when her case comes to trial.

Clifford said the working environment at the firm was ‘sickening’, and junior members of staff approached her to report they were being sexually harassed. She alleged that one woman was near-suicidal, but when she reported what was happening to one partner he was told to ‘sweep it under the carpet’. This was despite the female lawyer allegedly having a recording of the harassment she had suffered. Clifford said she acted as a mediator and strived to protect the firm’s name, but she was marginalised as a result of supporting the woman. It was stated that shortly after grievances were raised, the woman was told she would not be offered a position at the firm on qualification.

Clifford said it ‘broke my heart’ to be fighting internal battles with her own firm, adding that she herself became ill with stress. She now works as a consultant at another firm because she needs a more ‘protected’ working environment.

The hearing itself was an application by Clifford for disclosure of staff grievance documents and details of complaints purportedly held by McMillan Williams. She also wants the tribunal to allow a former colleague, who signed a non-disclosure agreement after leaving the firm, to give evidence about her treatment. Clifford alleged this treatment included complaints of bullying, harassment and racism. Clifford further applied for BGF, which has invested in McMillan Williams, to be added as a respondent.

Betsan Criddle, representing the defendants, said Clifford’s application had been a ‘fishing expedition’ and submitted the disclosure requested was not relevant to the specifics of Clifford’s allegations. She added it was not even established by Clifford that the documents she wants to be disclosed even existed.

She did not address the allegations themselves, but told the hearing: ‘This is an employment tribunal, not a public inquiry into the way [McMillan Williams] runs its business.’

Employment judge Barrowclough, sitting in the East London tribunal, reserved judgment, but ordered Clifford to share certain documents with the respondents within 14 days. The case is set for a seven-day trial starting next January.

McMillan Williams told the Gazette that it would be inappropriate to make any comment on ongoing proceedings.