Requests to double the sentencing powers of magistrates have been criticised by parts of the legal profession, which warned that it would put additional strain on Crown courts and could undermine defendants' 'precious' right to a jury trial.

Higgs said many magistrates' courts have little or no backlog of cases and the change would 'ease the burden on Crown courts, speeding up justice for all'.

However, the Criminal Bar Association (CBA) said that increasing magistrates' sentencing power would have a 'negligible impact on the current logjam of 60,000 cases'.

'All that will be achieved by giving magistrates the power to lock people up for longer is to increase the number of appeals to the Crown court, thereby clogging up the system even more, and critically overloading the few criminal advocates we have left,' Jo Sidhu QC and Kirsty Brimelow QC – chair and vice chair of the CBA – wrote in a letter in the Telegraph. 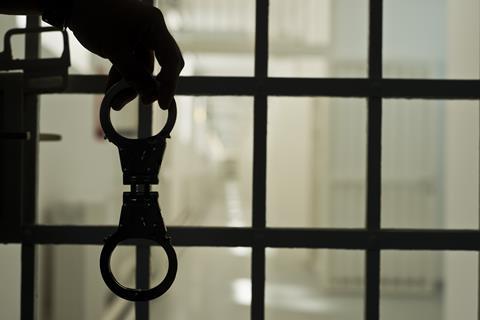 'The only workable, long-term solution is to reverse years of underfunding right across the criminal justice system,' they added.

On the Guardian's letters page, Alasdair Darroch, a retired circuit judge and former solicitor advocate, said the right to have your case decided by a jury rather than lay magistrates is 'extremely precious' and attempts to curtail it have been rejected in the past.

'Such a reform could only be introduced following debate in parliament and would meet with much opposition. In any event, not all would agree that a lay court should be able to send someone to prison for a year,' he said.

Another reader suggested an intermediate court with power to sentence up to two years' imprisonment, under the control of a professional judge. This would be along the lines of the 'district division' proposed by the Auld review of criminal justice, in 2001.

Criminal justice statistics for April to June 2021 showed that the Crown court backlog had increased yet again to more than 60,000 cases, 40% higher than the previous year. Meanwhile, 364,122 cases were outstanding at the magistrates' court at the end of June, 8% down on the previous quarter and 14% lower than Q2 2020.