Judges are to investigate the use of urgent hearings in proceedings involving babies, after a study found that 85% of mothers in cases involving newborns being taken into care were given less than seven days’ formal notice.

A report by the Nuffield Family Justice Observatory found that the number of newborn babies in care proceedings in England increased by 20% between 2012 and 2020, rising from 2,425 to 2,914 per year. In Wales it rose by 40% to 203 babies per year. Newborn babies account for a growing proportion of cases relating to infants — just over half of them in 2019/20.

The study also found that a growing number of newborn cases are subject to urgent hearings. In the last year, more than four out of five cases in England - and three quarters of cases in Wales - were heard with less than seven days’ formal notice. One in every six mothers faced care proceedings issued and heard on the same day. However, the use of urgent hearings varies significantly depending on location. 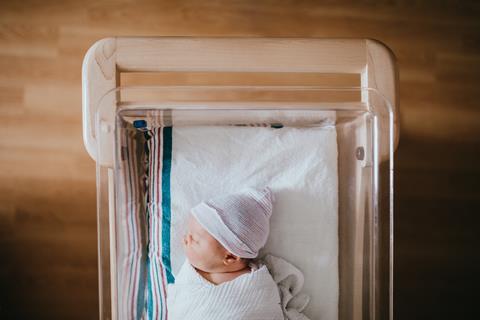 Urgent hearings involving newborn babies are on the rise

A judicial spokesperson welcomed the research. ‘This report provides a helpful statistical perspective on an area of great importance in the family courts and will be the basis of further in-depth analysis, qualitative research and review. We look forward to working with others across family justice in order to investigate more fully the overall context, experiences and issues which are raised by the data in the report.’

The judiciary noted that further investigation of the issues and context is necessary. ‘The fact that hearings take place within a short time of a child’s birth tells us nothing of what occurs at those hearings; it should not be assumed that urgent court hearings and legal orders necessarily mean separation of mother and child. Often it means just the opposite.

‘The courts can and do provide an important legal framework to support families at the most challenging of times. The family judiciary will be working across all agencies to understand and consider the findings in full. Judges are mindful at all times of the best interests of the child and a decision to separate mother and child is taken only after examining the available evidence and considering all other options.’