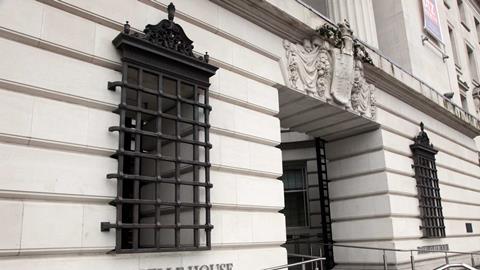 Staff at the Legal Ombudsman’s office were paid a collective £434,000 earlier this year to make the controversial issue of staff expenses finally go away, accounts have revealed.

The annual report and accounts for 2015/16 show staff at the Office for Legal Complaints (OLC) were handed the equivalent of two years’ bonus payments in return for agreeing to terminate the scheme.

The sums – paid in addition to bonuses due to staff for 2015/16 – meant that total spending on extra payments came to £671,638 in the last financial year.

The so-called ‘special payments’ were identified as an issue two years ago by auditors who found that the ombudsman had conceived, designed, implemented and operated them since 2010 after obtaining the approval of the Ministry of Justice.

All amounts paid under these schemes were considered ‘irregular’ expenditure, having been determined by an accounting officer to be ‘novel and contentious’.

But after taking independent legal advice, the OLC confirmed it had contractual commitments to employees and could not cancel the schemes immediately – leading to the negotiated taxable one-off payment. The last of these bonuses were paid in March 2016.

The special payments, funded by the legal profession, were made despite a year in which the OLC’s performance fell away on several different measures.

The report cites issues with the new case management system and government spending controls as reasons for the missed targets.

Key performance indicators for 2016/17 have been relaxed in response, with the new target of resolving 60% of cases within 90 days.

For complaints involving claims management companies, a glut of new cases in March 2016 meant just 38% of cases were resolved within 90 days in that month.

Satisfaction levels among stakeholders are now at the lowest point in the history of the OLC: 92% of stakeholders were satisfied with the overall level of engagement in 2014/15; in 2015/16 this had fallen to 79%.

The percentage of users of legal services in the last two years who had heard of the Legal Ombudsman was just 56% in 2015/16, compared to 77% the year before.

In her overview, chief ombudsman Kathryn Stone said the scheme has in the past ‘over-emphasised rapid resolutions, leading to a sacrifice in quality’. She added the service had ‘fallen short’ of performance targets.

Stone admitted LeO’s reputation had ‘inevitably been challenged’ by previous governance issues and said a lack of signposting has contributed to an overall reduction in awareness of the scheme.

‘I’m optimistic about the future of the Legal Ombudsman, and in our ability to achieve our strategic and regulatory objectives,’ she added.

Residential conveyancing, family, personal injury, wills and probate, and litigation were the most complained about areas of law.