It is ‘outrageous’ to suggest that City firms should fund the legal aid system, the president of the Law Society has said, arguing that it is the government’s responsibility to invest properly in justice.

Speaking at an event organised by thinktank Politeia, Simon Davis said that large city firms ‘do an enormous amount of pro bono work’ but this should not be viewed as a subsidy. He said: ‘There’s a complaint that it’s the responsibility of this government to be funding the legal system properly and [city firms] stepping in and filling the gap is not what should be happening. I agree with that. It should be the responsibility of the state, just as it is with the NHS.’ 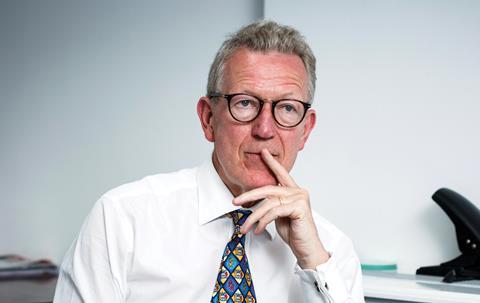 Responding to a question from the audience about 'robbing Peter to pay Paul', Davis said: 'It would be an outrageous suggestion in relation to the NHS, and also in relation to the City. A point put to me quite properly on Radio 4 was that people are unhappy when they see people at City firms earning a great deal of money and others aren’t able to access justice, and I said "absolutely". On the other hand, do bear in mind that the City is the most ferociously competitive place, I would say, in the world.’

Last year, Lady Justice Hallett, then vice president of the Court of Appeal Criminal Division, urged the City of London to consider funding access to justice for vulnerable people, describing the amount of money needed to improve the publicly funded justice system as ‘tiny’. The same month, figures were released that showed legal and accountancy firms contributed enough to the exchequer in 2018 to fund the legal aid budget 11 times over.

In 2015, then lord chancellor Michael Gove floated the idea of a levy on City law firms to fund legal aid, but this came to nothing.