A law firm involved in one of the first evictions since the start of the Covid-19 outbreak has highlighted the impact that last year's Covid-related suspension on possession proceedings had on neighbouring residents suffering anti-social behaviour.

Forbes Solicitors, which has offices across the north of England, supported a social housing provider in securing eviction permission against a tenant who, the firm says, continually breached the tenancy agreement with anti-social behaviour, which got progressively worse during lockdown.

The firm said the evicted tenant was previously served a suspended possession order following complaints of anti-social behaviour since 2019.

Amy Stirton, an associate in the firm’s housing and regeneration department, said the case already encountered signficant delays due to Covid restrictions. It was 'virtually impossible' to secure a bailiff appointment due to the eviction ban and the courts were reluctant to consider such cases. 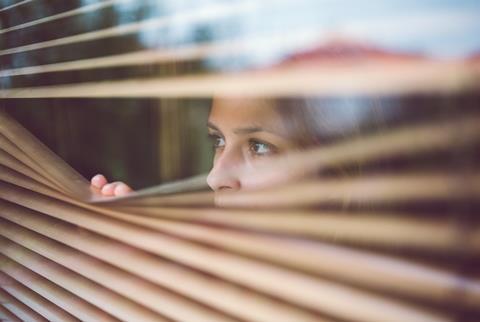 The Covid-related moratorium on possession proceedings ended in September.

Stirton said: ‘We’ve been going through the correct steps and procedures to stop the anti-social behaviour. Possession action was a last resort. We weren’t able to progress the case during the pandemic. We reactivated the case in October, as soon as we could. We had to check the tenant’s situation. It took three weeks for the case to be reactivated. We had to get permission to make a request for a warrant.

‘Two neighbours have terminated their tenancies and moved out because of the ongoing behaviour. The January regulations gave us the ability to apply the [anti-social behaviour] exemption that had come into effect.’

Stirton believes sufficient attention has not been given to the impact of anti-social behaviour on neighbours in the wider debate on the eviction ban.

She said: ‘I appreciate that people are falling into rent arrears because, for instance, they have lost their jobs. But where the tenants are perpetrating quite serious breaches of their tenancies… in my own caseload, I’ve got about 25 serious cases which I’m trying to progress, where I have not been able to take any steps during this time. Neighbouring residents are at risk because they often support possession cases by providing a witness statement, but the proceedings are stayed for the best part of a year.’

In one case, Stirton said a neighbour had a mental breakdown over Christmas after being subjected to anti-social behaviour for months. In another case, a resident in a block of flats ended her tenancy after almost 18 months of antisocial behaviour, which included her neighbour repeatedly spitting on her during the height of the pandemic.

The government has extended the eviction ban in all but the most serious cases until 21 February and said the measures will be kept under review.

Stirton said judges should be given permission to exercise discretion in all possession cases and reliance on mandatory grounds for possession should be limited.