White male barristers feel targeted by diversity surveys, a member of the Bar Standards Board has claimed, following a report which identified low proportions of female and minority ethnic QCs.

Speaking at a Bar Standards Board meeting, Leslie Thomas QC, of Garden Court Chambers, said asking white male barristers to answer diversity surveys is ‘like asking turkeys to vote for Christmas’. He said: ‘If you are a set of chambers that is predominantly white and male, and you have do-gooders asking “diversity this, diversity that”…implicitly it’s saying there’s something wrong with your set. We really have to grapple with that and promote that diversity is good for all. I’m not sure if we have quite got the method right.’ 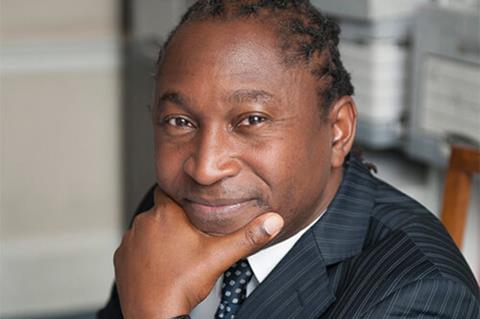 The BSB’s annual diversity report found that the overall percentage of female QCs is low (16.2%) compared with the percentage of female pupils (54.8%) and non-QCs (40.2%) at the bar overall. A similar trend was identified among BAME barristers, who make up 14.1% of non-QCs but just 8.1% of silks. Just over 1% of QCs are black, according to the survey.

The study also found that ‘a disproportionate amount of the bar attended a UK independent school’. Of those that provided information on their schooling, 53% of QCs and over a third of barristers were privately educated. The national average is 7%. The question attracted a low response rate, however, with over half of barristers not providing information on their schooling. The BSB concluded that response rate was 'too low to provide a reliable barometer of the profession in this area’.

On disability, the survey found that disabled practitioners are still underrepresented at the bar, with just 6% of respondents disclosing a disability, compared with a national average of 13.4%.

The BSB’s head of equality and access to justice, Amit Popat said: ‘While the data follow a similar trend to those seen in recent years insofar as they show a slow and steady improvement in gender and ethnic diversity at the bar, there is more to be done before the profession can be said fully to reflect the society it serves.

‘One of the BSB’s key strategic aims is to encourage a more diverse legal profession, and these annual diversity reports provide a strong evidence base so that action can be taken. So, we urge all barristers to complete the diversity data questions when renewing their practising certificates for the year ahead.’

In an attempt to make pupillage recruitment fairer and more consistent, the BSB has announced that all chambers must follow a single recruitment timetable from November. Chambers must also draw up written agreements which set down each party’s obligations. Last year, the Bar Council said such agreements could crack down on the ‘truly shocking’ and ‘abusive’ treatment of some pupils.