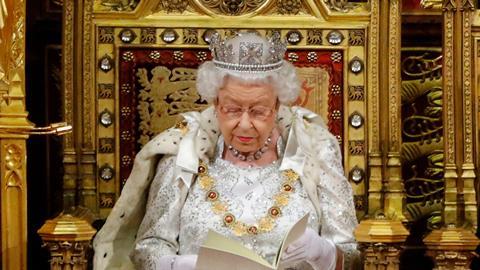 Crime and justice policies were placed at the centre of the government’s agenda today as the Queen’s Speech set out its legislative priorities.

While around one-third of measures announced were Brexit-related, several other elements of the speech touched on issues affecting the legal sector.

The speech pledged to ‘transform’ the approach of the justice system and other agencies to victims of domestic abuse through the new Domestic Abuse Bill, having previously failed to push ahead with this legislation due to prorogation of parliament. The Divorce, Dissolution and Separation Bill will also be back on the agenda, promising to ‘minimise the impact of divorce, particularly on children’, but making no specific pledges on introducing no-fault divorce.

As was previewed at the Conservative party conference, the government will introduce new sentencing laws that will result in the most serious offenders spending longer in custody. The government says its reforms show commitment to strengthening public confidence in the criminal justice system, but critics have suggested such promises will make little practical change.

Measures will be introduced to improve the justice system’s response to foreign national offenders, and proposals will be brought forward to ensure victims receive greater support.

The Prisoners (Disclosure of Information About Victims) will be introduced ‘to ensure that the parole system recognises the pain to victims and their families caused by offenders refusing to disclose information relating to their crimes’.

On Brexit-related legislation, the speech set out that steps will be taken to provide ‘certainty, stability and new opportunities’ for the financial services and legal sectors, through the Financial Services Bill and Private International Law (Implementation of Agreements) Bill.

Critics have suggested the government may not be able to implement any of the measures included in the Queen’s Speech, with a government minority in the House of Commons, the opposition contemplating a vote of no confidence in the prime minister and a general election likely before the end of this year.