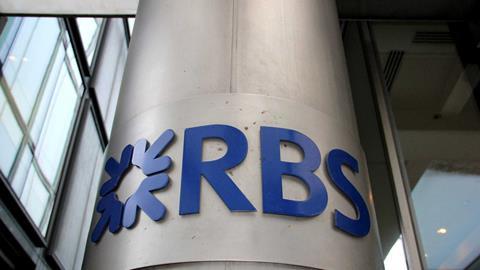 A scathing report into banking giant RBS’ treatment of small business customers has highlighted concerns about staff seconded to the bank by law firms.

The report by the Financial Conduct Authority, published by the Commons Treasury Select Committee today, found ‘widespread inappropriate treatment’ of customers passed to the Global Restructuring Group (GRG), a support unit for troubled businesses. Some businesses referred were caused 'material financial distress', largely due to failings in governance and oversight arrangements, the report found.

While there was no evidence of malpractice by third-party professional services firms, the bank was criticised for failing to ensure that conflicts arising from the use of seconded staff were managed appropriately.

Third-party firms, including law firms, indicated that it was common for at least one staff member to be on a secondment to the Global Restructuring Group. The report found weaknesses in GRG’s management of potential conflicts of interest with respect to seconded staff, discovering 14 cases of concern.

‘We have seen cases where seconded staff attempted to favour their firm in the decision about which third-party firm would be selected to undertake a specific piece of work,’ said the FCA. ‘This level of intervention has varied across cases from ensuring that their firm appears on the tender list through to providing information on the content of other bids to their parent firm. In some cases seconded staff sent emails to customers from the address of their firm.’

The report highlighted one case in which a solicitor acted for the bank as a relationship manager on a customer’s case while employed by a law firm and being paid by that firm.

Conflict issues, the report concluded, were more likely to impact other services firms rather than the GRG's customers, but the group should have been aware of the potential conflict and did nothing to manage it.

Regulators also examined reviews by lawyers of security held by the bank against customers' credit facilities. These reviews were usually undertaken at the outset of the transfer to GRG and RBS confirmed that charges for the majority of these reviews were capped at £2,000.

The bank said legal appointments were made from a panel of law firms, with any exceptions requiring approval from RBS Legal: the panel was maintained by the RBS legal department and so was determined independently of GRG.

The report added: ‘It is understandable that some customers considered that the requirement for a third-party firm to be engaged placed an undue burden on them at a critical time. However, we did not find that use of third-party firms to conduct specific pieces of work was inappropriate.’