Respect for NHS could be ‘deterring’ clin neg claims

Figures released by the Compensation Recovery Unit show 8,839 clinical negligence claims in 2020 – a 45% fall on the previous year.

Some of that drop will be attributable to logistical issues caused by the pandemic, but Walsh suggested sympathy for the NHS had stopped some potential claimants from coming forward. 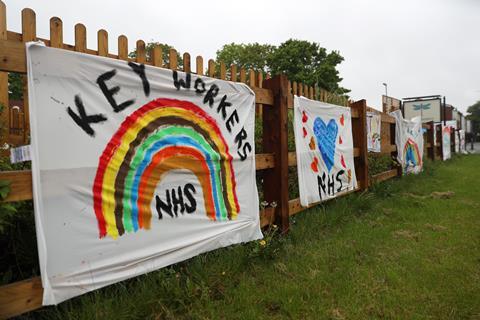 Speaking at a virtual seminar hosted by ATE insurer ARAG, Walsh said: ‘People are reluctant to make enquiries about complaints and certainly about claims unless they feel they absolutely have to… that has been exacerbated by the pandemic.

‘All of us are acutely aware of the pressure that staff and the NHS are under. There is a heightened reluctance [to claim] but there will come a time when there will need to be some catching up when people have time to think about it.’

The prospect of fixed recoverable costs for clinical negligence claims continues to linger over the sector. The government has been contemplating a consultation on the issue for more than 18 months.

Walsh said his charity is concerned that the pandemic – and the resulting goodwill for the NHS – could create a ‘perfect storm’, lending political cover for radical curbs on claims.

‘We have had an even greater outpouring of love for the NHS and healthcare staff as a result of the pandemic,’ he said. ‘We know people are reluctant to claim… in that context the government may feel emboldened to go [beyond] fixed costs. There are a range of other threats to access to justice we see around the corner and even some extreme parts of the defendant  side arguing for complete exemption from liability.’