Victims of rogue surgeon Ian Paterson have described finding the process for claiming compensation ‘frustrating and lengthy’ which added to their distress.

Gaps in compensating private patients were addressed in an independent report, published today, into how Paterson was allowed to perform botched and unnecessary operations on hundreds of women. The report noted that at one stage private patients were potentially left uncompensated as a consequence of their choice to seek private treatment.

Since Paterson's malpractice emerged, NHS Resolution has paid £17m in compensation to patients Paterson treated in the NHS. A fund of £37m was made available to compensate his private patients, to which Spire Healthcare, where he performed procedures, contributed £27.2m. However the Medical Defence Union, one of four organisations set up to provide financial and legal support for health professionals working outside the NHS, opted out of contributing to the compensation fund on the basis that Paterson’s activity was criminal. 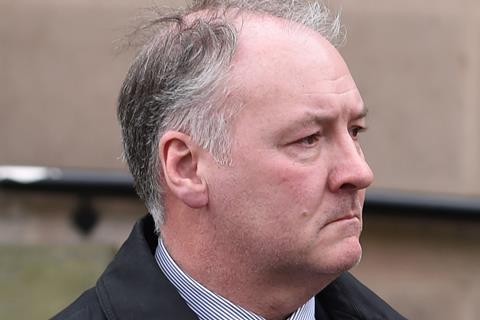 Today’s report, which followed an inquiry chaired by the Bishop of Norwich the Rt Revd Graham James, recommends that the government address a gap in responsibility and liability.

In his opening statement, Bishop James said victims ‘felt let down’ by the Medical Defence Union.

He added: ‘Only by taking their cases to sympathetic lawyers did some patients find themselves heard. By that stage many others found their exhaustion was too great and their sense of rejection so complete that they scarcely had the emotional or physical strength to fight any further.’

The report said a solicitor acting for patients had told the inquiry that dealing with the MDU and Spire was the ‘most frustrating experience of their legal career’. The solicitor said the MDU would not respond to communications and Spire would not accept responsibility. The solicitor’s frustration grew to the extent that they organised a demonstration with patients outside Spire Parkway to draw attention to the case.

Following Paterson’s criminal conviction in April 2017, approximately 750 of his private patients brought civil proceedings claiming compensation for the pain, suffering and financial losses they suffered as a result of Paterson’s actions.

The report stresses the need for private patients to know what their options for redress will be if something goes wrong. It adds: ‘The discretionary nature of the cover, combined with the lack of clarity about whether private healthcare providers are vicariously liable for healthcare professionals’ actions, means that there are potential gaps in clinical indemnity in the independent sector which do not exist in the NHS.

‘This risk does not appear to be transparent to private patients at the point that they choose to have their treatment in this sector.’

Paterson, who worked in the West Midlands, is currently serving a 20-year jail term for 17 counts of wounding with intent.

In a statement today, Justin Ash, chief executive of Spire Healthcare, said: ‘We accept that there were a number of missed opportunities to challenge Ian Paterson’s criminal behaviour when these incidents happened prior to his suspension in 2011.

‘We welcome the report and the voice it has given to patients. We fully support its recommendations and we will work with government and the healthcare sector to ensure their implementation.’

Dr Christine Tomkins, chief executive of the MDU, said: ‘It has always been the case that the requirement that doctors have professional indemnity is intended to provide compensation for negligence. The MDU, along with all those indemnifying or insuring doctors, pays compensation to patients for negligence, not for crime.

‘As a matter of law and for very good public interest reasons, no criminal should be protected from the financial consequences of their deliberate criminal acts.

‘The inquiry recommends a nationwide safety net to ensure patients are not disadvantaged. The state already provides the Criminal Injuries Compensation Scheme and court-ordered Criminal Compensation Orders. If there is to be a further compensation fund for the benefit of victims, it would most appropriately be a statutory fund supported by the government.’