The High Court has ordered that Slater and Gordon must answer questions from a former client for details relating to alleged secret commissions.

Mr Justice Ritchie ruled today that the firm must respond to the part 18 requests as to the payments allegedly made by an ATE insurer when taking out personal injury claims.

Former client Wayne Raubenheimer requested a copy of his ATE policy, the details of intermediaries used and any commission or payments received by Slater and Gordon – all of which was refused by the firm.

Ritchie overturned a judge’s ruling that Slater and Gordon should not have to volunteer such information to help the court decide whether any money needs to be repaid to former clients.

‘If the solicitor has complied with the [solicitors code] rules, full disclosure of the commission will make the situation clear on paper. A simple paper trail may determine whether the commission is owed to the client or not,’ he said.

‘The part 18 requests should be answered so that the judge can get a proper grasp of the issues, the claimants can determine whether there is anything to worry about, or whether it is all a storm in a teacup, and the defendant can consider whether to fight or settle the claims for alleged secret commissions.’

The scope of the decision could be huge for Slater and Gordon, which is estimated to have accounted for around 8% of the PI market from 2013 to 2021 and represented up to 300,000 clients.

The commissions disclosure was one element of the Ritchie judgment as both the firm and its former clients appealed case management decisions relating to claims led by Clear Legal, trading as checkmylegalfees, for refunds on deductions from damages payments.

On all issues, Slater and Gordon was unsuccessful – representing a blow for the firm but potentially also for other PI practices who may themselves be targets of Clear Legal and other similar costs recovery firms.

Ritchie ruled that Slater and Gordon must give full disclosure of the process for signing up 10 test claimants, including audio files from their conversations with call handlers and accounts records.

Slater and Gordon had pleaded that the costs recovery claims would fail, but Ritchie noted that the one recording he had heard, relating to a now-deceased client, was enough ‘to feel uncomfortable about lack of informed consent’ for signing up to funding agreements. 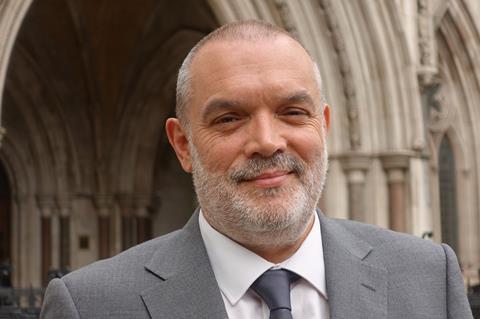 Ritchie also refused Slater and Gordon’s appeal of a judge’s decision to stay the claims or the claimants to provide £700,000 security for costs.

Following the ruling, checkmylegalfees founder Mark Carlisle said the judge had recognised there was a public interest in former clients of solicitors being able to properly scrutinise how they had been charged.

‘Not only is it a welcome victory for this particular group of former Slater and Gordon clients, but it clarifies the law in relation to this type of case generally, especially on disclosure of the electronic documents that are in modern times often key to the client sign-up process and the issues of informed consent that are bound up in that,’ said Carlisle.

A spokesperson for Slater and Gordon said: 'We are disappointed by the Judgment on these interlocutory matters. However, it should be noted that it is not a decision on the merits of the case. Slater and Gordon still have full confidence in our actions and fully expect to be able to justify our entitlement to payments received from former clients.'