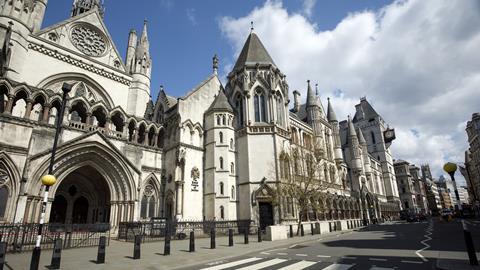 A middle-aged solicitor’s latest bid for continued financial support from his parents has been rejected, with the Court of Appeal today ruling his proposed appeal is ‘completely without merit’.

Faiz Siddiqui, then 41, applied to the Family Court last year for financial relief against his parents pursuant to section 27 of the Matrimonial Causes Act 1973 and Schedule 1 to the Children Act 1989. He argued that he was a vulnerable adult who, without the court’s protective help, was immediately at risk of harm after his wealthy parents had ‘nurtured his dependency’ on them for the past 20 years.

The court heard that Siddiqui's parents had financially supported him down the years and allowed him to live in their central London flat, but their relationship had deteriorated and the support they were prepared to offer significantly reduced.

The former head of the Family Division Sir James Munby said the case was ‘unprecedented’ and that ‘the initial reaction of most experienced family lawyers would be a robust disbelief that there is even arguable substance to any of it’.

In FS v RS and JS, Munby held that there was no power to make such an order under either section 27 or Schedule 1 and that neither provision could be ‘read down’. Siddiqui’s arguments advanced under the court’s inherent jurisdiction and the European Convention of Human Rights were also rejected.

In Siddiqui v Siddiqui and another, the Court of Appeal today refused Siddiqui’s application for permission to appeal. Lord Justice Moylan said: ‘The judge was right to conclude that the subject matter does not come within the ambit of any of the rights protected by the ECHR.’

Moylan also found that ‘the relevant legislative provisions are clearly justified in the scope of their application and in not permitting a claim to be made’ by Siddiqui, who was identified in the judgment as parties to family appeals are generally named.

Siddiqui previously brought a claim against the University of Oxford, arguing that ‘inadequate’ teaching prevented him from obtaining a first-class degree and cost him a lucrative career as a high-flying lawyer. It was dismissed by Mr Justice Foskett in 2018.