A criminal defence solicitor furious that her 11-year-old client was detained in a police cell wants to hear from other practitioners with similar experiences 'to try and instigate change' over the treatment of children caught up in the early stages of the criminal justice system. 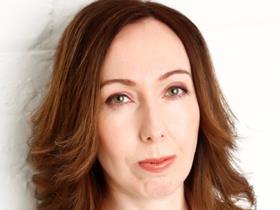 Recalling the evening last week that led to her campaign, Hudson told the Gazette that she received a call from the Legal Aid Agency's defence solicitor call centre at around 6.35pm. She called the police station a few minutes later and was told she could not speak to her client because a 'handover' process was about to take place.

She says she was told the station would call her back once the handover was complete. Hudson waited for 45 minutes, after which, she says, she repeatedly called the station.

Normally duty solicitors give telephone advice and make any representations over the phone, setting off to the police station when the officer in charge contacts them to say the client is ready for interview. At around 8.30pm, Hudson decided to go to the police station to see if she could make representations and speak to her client in person. She saw her client just after 9pm. He was interviewed at around 10.30pm. Hudson says she left the station just before midnight.

The allegation concerned malicious communications. Hudson questioned whether a formal arrest was necessary. She says that if the police needed to make other enquiries, they could have asked the boy to attend the police station later that day with his mother and solicitor and risk arrest if he failed to show up. Alternatively, they could have 'street bailed' him.

Hudson was informed this week that the police are taking no further action against her client. She says she plans to make a complaint. She also wants to hear from other solicitors with similar case studies.

In 2016 children's legal charity Just for Kids Law campaigned against children being unlawfully detained overnight in police cells, which resulted in the government introducing national guidance for police forces and local authorities on their responsibilities towards children.

Transform Justice, led by former magistrate Penelope Gibbs, addressed the issue of children in pre-trial detention for its latest report, published in December last year. The report recommended that police 'should continue to reduce' the number of children detained in police custody.