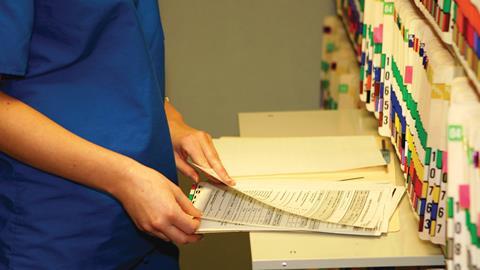 Tensions are rising between doctors and solicitors as GP surgeries complain of being bombarded with requests – sometimes aggressively – for free copies of patient records.

With limited exceptions, law firms have been able to retrieve client records free of charge since last May’s changes to data protection law. They previously paid up to £50 a time.

The change in the law was welcomed by lawyers needing to gain access to records for personal injury claims, but doctors now say they are besieged by requests and have to divert resources away from frontline care.

There are even reports that solicitors making these requests are acting inappropriately. Writing in health journal Pulse, Clive Elliott, a business partner at Court Street Medical Practice in Telford, Shropshire, said he had been sworn at and threatened by one solicitor who acted with a ‘sense of entitlement which beggars belief’.

Elliott told the Gazette: ‘I am absolutely not against solicitors making money – this is about the same fees being paid to solicitors [and them] not paying the costs of producing medical records. The NHS is bearing these costs and in principle that is wrong.’

Elliott said it can cost his surgery up to £100 to produce notes for a single patient with a complex medical history. He said that solicitors had refused to pay for secure postage or to pick up the records in person.

Jonathan Tomlinson, a Hackney GP, tweeted last week that his surgery was receiving several patient record requests a week for notes that are sometimes thousands of pages long. Compliance was not possible, he said, without making sacrifices in work.

The British Medical Association, which represents doctors, last week launched a survey of members to assess the scale of the problem and decide what steps should be taken. A spokesman said: ‘We are very much aware that these changes are causing serious concerns to our members.’

The BMA tells members on its website that under new regulations a medical report that already exists will be accessible free as an SAR (subject access request). A ‘reasonable’ fee can be charged for an SAR if the request is ‘manifestly unfounded or excessive’.