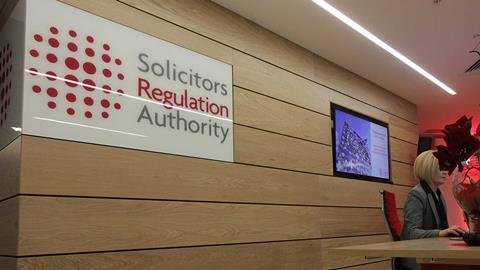 The SRA is proposing to end the provision of post six-year run-off cover, deeming the protection disproportionately expensive. Such a change would effectively close the Solicitors Indemnity Fund, which provides the additional cover for closed firms, and hand the money remaining in the fund to the Law Society.

Ending run-off insurance would effectively leave the profession with a decision: either ask solicitors to pay more for cover or leave retired practitioners to face any claims themselves.

The SRA is consulting on all options, including ending provision for post six-year run-off and putting in place new funding arrangements to finance the cover, but says the former is its preferred option.

The regulator’s forecasts show that, based on the past 10 years, an average of 31 clients are likely to benefit from the SIF every year, with an average £34,600 paid out, including defence costs. The requirement for ongoing funding from the profession is estimated as up to £2.4m a year, which is likely to be passed on to clients.

Anna Bradley, chair of the SRA board, said: ‘We appreciate that this is a controversial issue for some within the profession and indeed that there are a variety of views. As the regulator, we have to consider the right arrangements for the future, with a sharp focus on the interests of consumers and our other regulatory objectives. Our analysis, in the light of detailed evidence, shows that establishing or maintaining a regulatory scheme to deliver ongoing post six-year run-off cover is unlikely to be proportionate in light of the level of consumer protection it provides.’

The issue has come to a head because the SRA feels it can no longer keep extending the SIF, as has happened in recent years. The mutual indemnity scheme has been in run-off since 2000 and the SRA assumed responsibility for it in 2006.

The 12-week consultation also considers what should happen with the remaining reserves of the SIF if it no longer provides post six-year run-off cover, noting that transferring the residual funds to the Law Society would allow the Society to use them for the benefit of the profession. The SIF had net assets of £22.48m at 31 October 2020.

Law Society president I. Stephanie Boyce attacked the proposals, saying: 'The removal of PSYROC and SIF will have a huge impact on the consumers affected. The average successful claim is over £34,000, which is a large amount of money for most people. The consumers who will suffer will employ solicitors on a reasonable assumption that they would have comprehensive protection if something went wrong.'